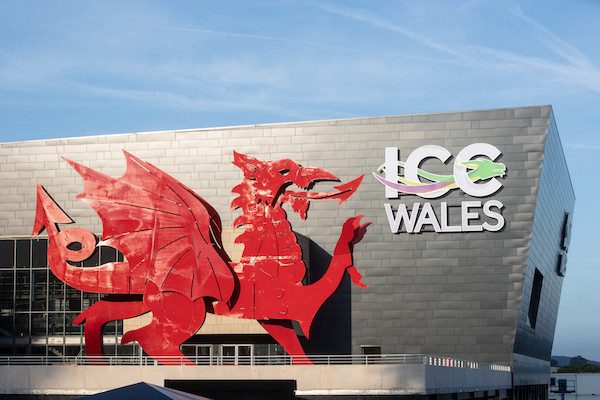 New legislation, initiated by Figen Murray OBE, the mother of one of the 22 people who died in the 2017 Manchester Arena terrorist attack, is currently being progressed by the UK government, and is set to transform the way the events industry thinks about safety and security.

Explored in a new report by ICC Wales, the Protect Duty legislation is a direct result of tireless campaigning by Figen Murray OBE. Figen is the mother of Martyn Hett who was killed in the Manchester Arena terrorist attack in 2017. The new legislation, also known as Martyn’s Law, will formalize the responsibilities and actions that venues and those organizing events in the UK must take to mitigate the risk of a terrorist attack.

With the new law impacting public spaces and venues as well as those who organize events, South Wales conference venue, ICC Wales, has produced a report investigating the responsibilities of the events sector.

The venue surveyed conference organizers to understand the current level of knowledge on Protect Duty in the events industry. 77% of respondents had very low or low knowledge of Protect Duty and the impending legislation. More than half of respondents (56%) said they wanted to see a more visible security presence but that this needed to be balanced with the attendee experience.

In her foreword to the report, Figen Murray OBE commented: “I am truly impressed with the detailed information contained in [the report] and am delighted that the document has been produced well ahead of the legislation coming into effect. It is heart-warming to see that venues up and down the country, the hospitality industry and the security sector are busily preparing for the Protect Duty.”

Ian Edwards, CEO, ICC Wales said: “From the results of our survey, it is apparent that there is currently a lack of knowledge about the Protect Duty in the events industry. We wanted to develop a detailed document which would provide a starting point for education and awareness on this important matter, which venues and event planners can consult as they implement and update their security strategies in line with this proposed legislation. I would like to thank our contributors for their time and their invaluable knowledge and expertise, which has allowed us to create this report.”

ICC Wales has already undertaken a vulnerability assessment, and once legislation has been formalized, will review and implement the recommendations to ensure that their visitors remain safe and secure.

The report, which can be downloaded here, provides an informative starting point for events industry professionals to prepare their response to the upcoming legislation.