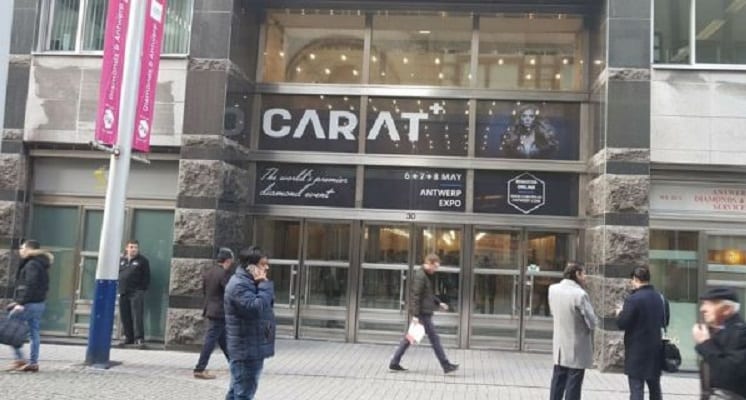 Viewed by many as a signal that the luxury trade show marketplace is rebounding nicely, Carat+ is scheduled to return to Antwerp, Belgium, in May of 2018. The show, which is aimed at the jewelry market and specifically the diamond trade, held its inaugural event in 2017 amid much fanfare for its promise to bring glamor back to the industry.

Organizer Easyfairs SA/NV has billed the trade fair as The World’s Premier Diamond Event, saying its emphasis on the niche of diamonds fills a gap in the world’s current list of jewelry trade shows and capitalizes on Antwerp’s designation as the diamond capital of the world.

The port city in northwest Belgium backs up that designation by having some 1,500 diamond firms headquartered there, an exponentially higher concentration than anywhere else in the world. In addition, the city boasts 380 workshops that offer cutting and polishing services, and an estimated 85 percent of the world’s rough diamonds pass through the city on their way to consumers.

It only made sense then, said event founder and director Filip Van Laere, that Antwerp should host a show specifically designed to serve the trade, and by 2017, the time for that show had arrived. “The diamond business has been through a lot of challenges and changes over the past 15 years,” said Van Laere, “and it is my belief that the sector needs an innovative, exciting and attractive focal point to express itself with confidence and pride. After all, diamonds are still the most glamorous luxury item in the world.”

In a marketplace that had been a veritable roller coaster for much of the past decade as world economies undulated, some called the show brave and said they’d had their doubts before the 2017 event opened its doors. “It’s nothing short of heroic,” said exhibitor David Pienica, a director at M&D Pienica, an Antwerp-based diamond manufacturer. “It’s very gutsy for the Belgian organizers to do such a show in times like these.”

But according to all accounts, it was a move that paid off. The 2017 edition of Carat+ attracted 3,000 attendees and 130 exhibitors – among them the Who’s Who of the world’s elite diamond firms. Exhibitors came from 13 countries and attendees came representing 33 world markets, figures that officials have hailed as overwhelmingly successful for an inaugural event.

Aside from its narrow focus on the diamond trade, organizers believe the event’s tightly curated exhibitor roster contributed to its success, as did its unconventional approach to an exhibition. Organizers infused the show with glamor, from the red-carpet appearance of a Bond girl to evening hours on the show floor with house music and cocktails. The night event attracted more than 1,800 people including exhibitors and attendees, and it branded the event as something different in the eyes of participants. “There was an amazingly good mood at the show,” said Bobak Nasrollahi, CEO of Italy-based diamond supplier Amin Luxury. “Doing business at night with the music and the great atmosphere was really a good idea.”

For its 2018 return, Carat+ has broadened its focus to include a Colored Gemstone Sector, something organizers say they added at the request of attendees. “Feedback from visitors in 2017 revealed that a selection of leading colored gemstone specialists would support buyers and retailers looking to fulfill specific customer requests, bespoke designs or new collection requirements,” Van Laere said. Leading companies in the colored gemstone marketplace who have signed on for the event echoed that sentiment, saying there is a close synergy between high-quality colored stones and diamonds when it comes to jewelry making.

But, concerned with keeping the event focused on the upper echelon of the diamond industry, officials say they are taking proactively cautious measures in allowing something aside from diamonds into the show. “This carefully curated new show feature will host world-renowned exhibitors, offering a vast array of loose colored gemstones, gemstone sets, fantasy cuts, carvings and show-stopping stones for astute buyers, retailers and designer jewelers,” said Van Laere. “With exhibitor numbers tightly controlled to ensure impeccable quality, the Colored Gemstones Sector will add an extra dimension to CARAT+ while maintaining its reputation as the only specialist diamond event in the iconic city of Antwerp.”

Organizers say they have also added a China “Guest Land” that incorporates Chinese manufacturers and professionals from the Shanghai Diamond Exchange into the show floor, and that they will again feature a celebrity appearance at the evening function, though they have not yet said who that will be.

This year’s event is slated for May 6-8 at Antwerp Expo Belgium.