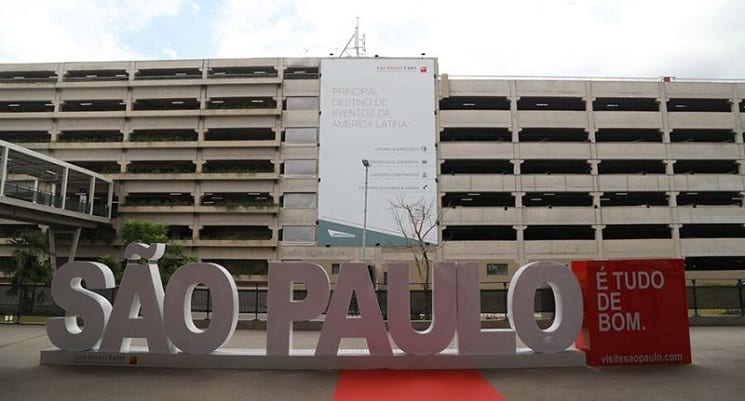 After a prolonged period in which its exhibition industry has languished compared to the global marketplace, Brazil appears to have silver linings on the horizon, officials say, with optimism seeping into a previously grim outlook. According to a survey by UFI, the Global Association of the Tradeshow Industry, 82 percent of the exhibition industry companies that participated expect to have an increase in income during the first half of 2018, and nearly the same number expect it for the second half of 2018 as well. Furthermore, in the most recent Global Exhibition Barometer conducted by UFI, Brazil ranked fifth among 17 markets in which operational gains were compared.

For tradeshow organizers, the news is a welcome change from the previous decade in which Brazil was plunged into a serious recession. However, according to UFI, local economies still represent the greatest concern for businesses, with 33 percent citing it as their number one worry. Competition from within the industry is ranked second as a concerning business issue. As such, UFI officials say, Brazil’s tradeshow industry is expected to remain focused inward for some time, with relatively few companies saying they intended to cast a net for business beyond Brazil’s borders.

But while the exhibition marketplace in Brazil is rebounding more cautiously than some other global markets, officials working with the region say the trade fair world is poised to blossom on the heels of recovery thanks to the presence of nearly a dozen international organizers that have sustained operations in Brazil.

But for that recovery to propel the exhibition industry forward will require some improvements within tradeshows themselves, says Ana Maria Arango, UFI’s regional manager of Latin America. According to a UFI blog on the matter, auditing of tradeshows in Brazil is rare, and the lack of hard data threatens to continue stunting growth in the region. “Having clear data on the statistics of the region is possibly one of the main challenges of the industry since there is no entity that deals rigorously and every year fully to keep a count,” Arango says. “Local and international businessmen still do not rigorously demand certifications that attest to the figures of each event.”

Arango goes on to say that it may simply be a matter of resources, particularly as 78 percent of the country’s fairs are organized by companies that only oversee one event, and many of those companies are relatively small operations. Moreover, the largest share of the country’s fairs are under 54,000 square feet and just 19 percent are between 100,000 and 200,000 square feet. There is no single body overseeing the exhibition industry, and so norms for metrics and reporting are not widespread. But as the industry is strengthened, so too should be the methods for evaluating it.

But Arango says increasing political stability coupled with greater internal confidence in the industry make Brazil the country to watch when it comes to gains going forward. “These indicators show us a still-heterogeneous market,” she says, “and it’s ready to develop in terms of size of events and the consolidation of industry players at a regional level.”