Despite economic challenges in the recent past that plagued tradeshow organizers globally, Germany remains a dominant force in the European exhibition industry and is widening the gap between itself and the nearest competitor for king of the European tradeshow hill. 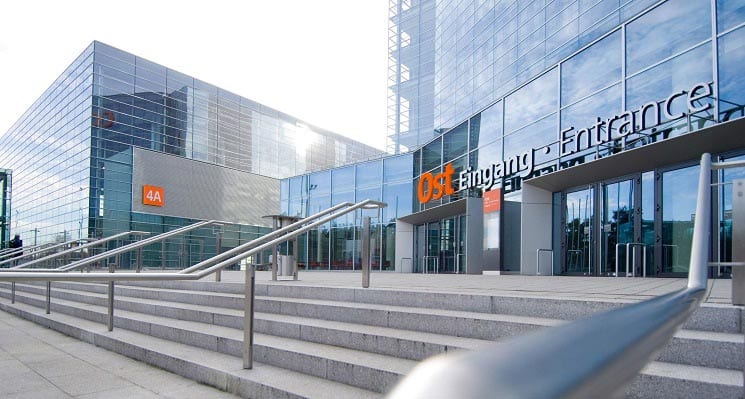 A recent study by the Association of the German Trade Fair Industry (AUMA) found that five of the world’s top ten revenue-producing exhibition organizers are in Germany, up from four last year. Reporting the highest revenues among German firms was Messe Frankfurt, which came in third overall behind Reed Exhibitions and UBM. The remaining four German companies in the top ten were deeper in the list, but the amount of space those and other German organizers occupy in the international market is disproportionate in relation to the nation’s diminutive geographic mass.

According to AUMA, two-thirds of the world’s leading international trade fairs take place in Germany. What’s more, the country has four of the world’s eight largest exhibition venues and there are 25 facilities with over 2.8 million square meters of show hall space. In 2017, AUMA says, the number of exhibitors country-wide grew by 3.7 percent to surpass 176,000 companies, and the amount of stand space sold grew by nearly the same margin. The number of visitors to German shows last year was just over 9.7 million, a figure statistically unchanged from the previous year. Thirty-five percent of those visitors, however, are coming from outside of Germany, and a quarter of them are coming from outside of Europe. Conversely, 60 percent of the exhibitors surveyed came from places other than Germany, and one-third came from countries outside of Europe, suggesting that Germany is something of a global hub for the exhibitions industry.

Those statistics fuel the optimistic outlook found in a recent study by UFI, the Global Association of the Tradeshow Industry. In the association’s July 2018 Global Exhibitions Barometer, some 70 percent of German organizers said they expected an increase in gross revenue in the first half of 2019, up from 55 percent who said the same for the second half of 2018. German organizers are less concerned about the state of the economy in their home market when compared to organizers in other countries (14 percent compared to 24 percent). They are also less worried about competition from within the industry and internal challenges than company officials surveyed outside of Germany. What German firms are worried about by a large margin, however, is the stability, or instability, of global economics, with 31 percent saying it is among the most important issues in the exhibition industry. Only 18 percent of organizers worldwide felt the same.

In addition, German organizers were more likely to be concerned about the impacts of digitization to the industry than organizers from other countries, UFI found. To remain on the cutting edge of the digitization revolution, 83 percent say they have implemented new digital services in their exhibitions compared to 64 percent of organizers globally, and 75 percent say they have converted internal processes and workflows into digital processes compared to 54 percent elsewhere. The most marked gap in digitization between German organizers and others was in the development of a companywide digital transformation strategy, which 67 percent in Germany said they had, as opposed to just 37 percent of their global peers.

Noting an increase in the number of German events for 2018 that are yet to be calculated into the totals, officials say that the future is bright on the German exhibition front, and that it appears likely to remain at the front of the pack for some time to come.

Cynthya Porter is a 70-time award-winning journalist recognized by national and international associations for her journalistic expertise in tradeshow topics, travel writing, photography, and news. She has covered the exhibition industry for seven years and, though she makes her home in the Midwest, travels the world in search of interesting stories and photographs.