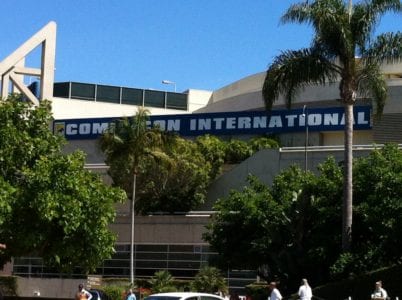 Statement is as follows: On behalf of the San Diego Convention Center Corporation and the San Diego Tourism Authority, we applaud San Diego Mayor Kevin Faulconer for his leadership and commitment to moving the expansion of the convention center forward. Expansion of the convention center on its existing site is a vital step in not only retaining existing clients, such as Comic-Con International, but also in securing new business and greater economic impact for our city and region.

“This last fiscal year, events in our facility generated $1.1 billion in regional impact and $23.9 million in hotel and sales tax revenue into the city of San Diego’s General Fund,” stated Clifford “Rip” Rippetoe, CFE, president & CEO of the San Diego Convention Center Corporation. “That tax revenue has funded the paving of our community streets, helped build libraries and parks, and paid our firefighters and police officers, and an expanded center will allow us to accomplish even more for the betterment of our city.”

“Our clients have told us for years that an expanded convention center is needed to meet the demand for hosting conventions in San Diego and stay competitive in the marketplace,” said SDTA President & CEO Joe Terzi. “Our city is also facing major infrastructure challenges and a crisis in homelessness. The economic impact of an expanded convention center will not only benefit the tourism community – it will also provide revenue to do what’s right for all San Diegans and fund programs to address these crucial issues.”

We look forward to working with Mayor Faulconer and the City of San Diego to move this plan forward in the coming months and cement San Diego’s reputation as a world-class destination.

The San Diego Convention Center Corporation is a public benefit corporation created by The City of San Diego to exclusively manage, market and operate the 2.6 million sq. ft. waterfront facility. For more info about the SDCC, visit https://visitsandiego.com/.