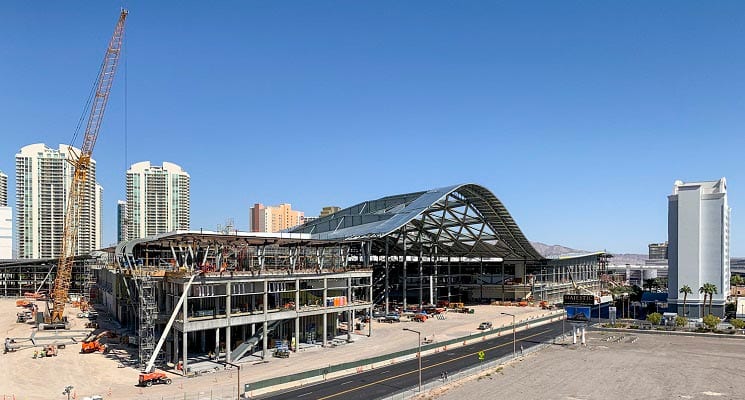 “We’re excited to show off the unobstructed views of the new 600,000 square-foot West Hall,” says Lori Nelson-Kraft, senior vice president of communications and government affairs. “When completed, this will feature the largest column-free space in North America cementing Las Vegas as the leader in the meetings and conventions industry.”

Construction of the Las Vegas Convention Center expansion is expected to be completed in December 2020. Renovation of the existing 3.2 million-square-foot convention center will begin in summer 2021 and the entire $1.52 billion development is expected to be completed in 2024. Annually, meetings and conventions generate $10.5 billion in economic impact in Southern Nevada. In 2018, nearly 20 percent of Las Vegas’ 42.1 million visitors were meetings and conventions attendees. Overall, the destination encompasses nearly 12 million square feet of meeting space and is home to three of North America’s 10 largest convention centers. Las Vegas was recently recognized as the No. 1 trade show destination in the country for the 25th consecutive year by Trade Show News Network.

In addition to the Las Vegas Convention Center expansion and renovation, continued investment in the Las Vegas meetings and conventions industry remains strong with nearly 3.5 million additional square feet of meeting space coming online within the next five years. Currently, there is an estimated $10 billion in new attraction and resort development underway with an additional $6.4 billion planned through 2024.

The Las Vegas Convention and Visitors Authority (LVCVA) is charged with marketing Southern Nevada as a tourism and convention destination worldwide, and with operating the Las Vegas Convention Center. With nearly 150,000 hotel rooms in Las Vegas alone and more than 11 million square feet of meeting and exhibit space citywide, the LVCVA’s mission centers on attracting ever increasing numbers of leisure and business visitors to the area. For more info, visit www.lvcva.com.