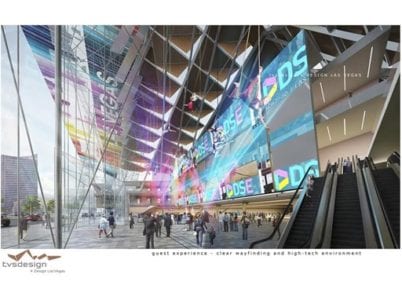 The Las Vegas Convention and Visitors Authority Board of Directors approved a recommendation to retain tvsdesign/Design Las Vegas to provide design services for the Las Vegas Convention Center District Phase Two Expansion project. The decision is a tremendous milestone for a project that will secure Las Vegas as the world’s premier business destination for decades to come.

“The selection of tvsdesign/Design Las Vegas for the expansion project signals an exciting new era for conventions and convention business in Southern Nevada,” said Rossi Ralenkotter, LVCVA president and CEO. “Our destination thrives on evolution and reinvention, and this design team will allow us to continue providing the world class experience our guests and clients have come to expect,” adding, “Tourism is the engine that drives southern Nevada’s economy, and one of our greatest opportunities for continued growth is business travel. By starting the process of expansion and renovation, we will not only retain our status as the No. 1 conventions city, we will ensure the economic future of our entire destination.”

“What gets us out of bed in the morning is doing big, complex projects that are important and have a meaningful impact on people’s lives,” said project executive and tvsdesign principal Robert Svedberg. “The Las Vegas Convention Center expansion is just that: big, intricate and positioned to deliver a positive impact on many lives. We are thrilled about the opportunity to create an iconic design for the world’s greatest convention city.”

The process of selecting a design team started in mid-June and included review of qualifications and proposals from numerous globally recognized design teams. On Oct. 25th, a design competition was held featuring presentations from three world-class design finalists. The designs presented in the competition focused on the LVCCD’s 1.4 million-square-foot expansion, which will include at least 600,000 square feet of new, leasable exhibit space. LVCVA staff worked in partnership with Cordell Corporation principal Terry Miller, the agency’s contracted owner’s representative, to develop the vision for the expansion and renovation project.

“The three finalists each presented outstanding design concepts, and it was a difficult decision. We are excited to move forward with tvsdesign/Design Las Vegas to create an iconic design for the Las Vegas Convention Center that represents the incredible destination that Las Vegas is,” Ralenkotter said. “We are eager to get started on the project to provide our clients with a great new facility and our community with a tremendous economic impact.”

The LVCC District Expansion (Phase Two) and Renovation (Phase Three) are expected to support nearly 14,000 construction jobs and nearly 7,800 full-time permanent jobs upon completion. The project will generate an additional $2.1 billion in economic activity during construction and upon completion will have an annual incremental economic impact of $810 million while attracting more than 600,000 additional visitors each year.

The LVCC District Expansion and Renovation will be completed in a phased approach with a projected completion date of 2023. Construction of the Phase Two 1.4 million-square-foot expansion is projected to be complete by the end of 2020. The next phase will be the complete renovation of the existing 3.2 million-square-foot facility. The phased approach will ensure that no business will be displaced during the construction and renovation.

Overall, the tourism industry continues to be crucial to Southern Nevada’s economy generating $60 billion in total economic impact, supporting 407,000 jobs and $16.9 billion in local wages and salaries. These jobs represent 44-percent of Southern Nevada’s total workforce. The project will allow the Las Vegas Convention and Visitors Authority to pursue new business opportunities while also growing the shows currently taking place in the destination.

Las Vegas as a Business Destination

The Las Vegas Convention and Visitors Authority is charged with marketing Southern Nevada as a tourism and convention destination worldwide, and also with operating the LVCC and Cashman Center.  With nearly 150,000 hotel rooms in Las Vegas alone and more than 11 million square feet of meeting and exhibit space citywide, the LVCVA’s mission centers on attracting ever increasing numbers of leisure and business visitors to the area. Download the virtual reality app, Vegas VR, to experience Las Vegas from your iPhone or Android by visiting http://www.vrtv.vegas/.   For more info, visit www.lvcva.com or www.visitlasvegas.com. 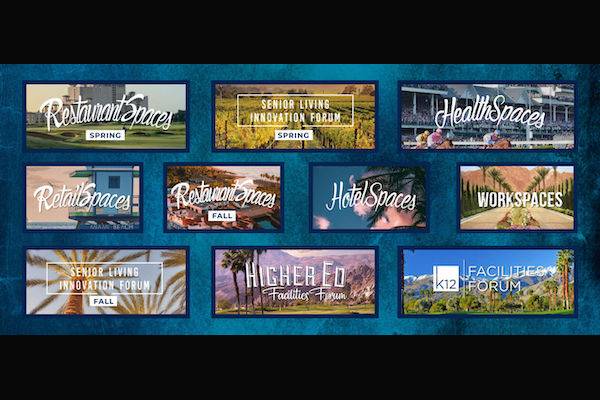 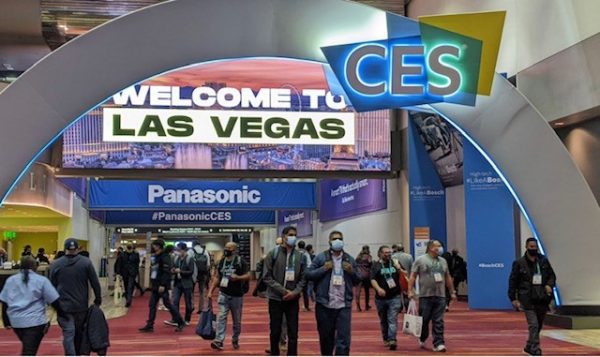