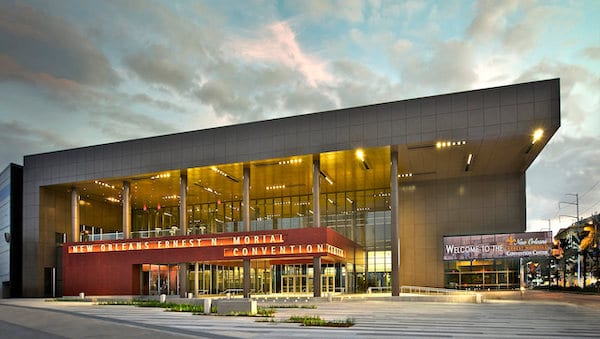 Readers of New Orleans CityBusiness, a weekly business newspaper, have named the New Orleans Ernest N. Morial Convention Center as the top winner of the Best Event & Meeting Facility category of the 2021 Reader Ranking Awards. Now in their fifth year, the awards provide a look at the companies and services that CityBusiness readers rate highly across a wide variety of categories.

The survey included a nomination round, followed by a voting period that determined three winners in each subcategory with one of them being the top winner. This marks the second top award won in the Reader Rankings by the New Orleans Ernest N. Morial Convention Center, and the fifth consecutive time that the facility was a top placing entity in the in the Event and Meeting Facility category. In 2021, nearly 6,000 business professionals cast their vote.

“We are ecstatic that our efforts to help rebuild the New Orleans tourism industry have been  recognized by thousands of business professionals,” said Convention Center President Michael J. Sawaya (pictured left). “Our ever-growing trophy case proves that we are one of the premiere event facilities in the city, state and country, and we have our exceptional staff to thank for their diligent work in ensuring our convention center remains at the forefront of the meetings and convention industry.”

With 1.1 million square feet of prime exhibit space, in an entirely contiguous hall, the New Orleans Ernest N. Morial Convention Center provides the largest single exhibit space in the country, features an award-winning staff, first class amenities, and is the sixth largest convention center in the nation. A leading contributor to the city’s robust tourism economy, the Convention Center’s event activity has produced $90.1 billion in economic impact since its 1985 opening, including $5.7 billion in new tax revenue for state and local governments.