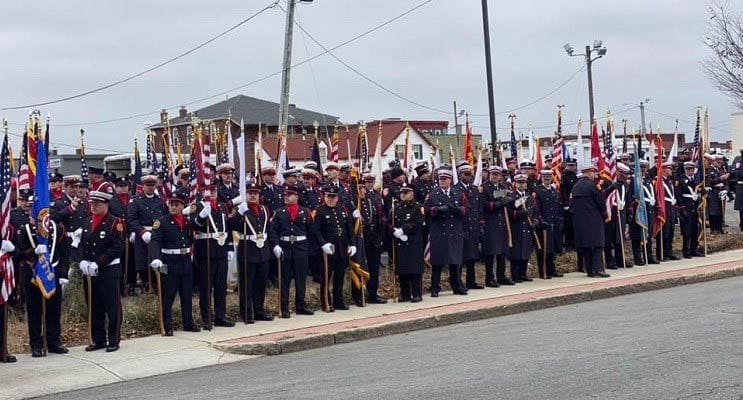 The Las Vegas Convention and Visitors Authority, in partnership with MGM Resorts International, announced that the 2023 Fraternal Order of Police (FOP) Conference & Expo will be held at MGM Grand Hotel & Casino.

The FOP Conference & Expo will make its Las Vegas debut Aug. 11-18, 2023, at MGM Grand.This marks the first time the conference will take place in Las Vegas since 1973, providing Southern Nevada with an estimated economic impact of more than $16 million.

“In Las Vegas, business travel is a driving force for overall visitation, boosting the economy and providing jobs for those who call Southern Nevada home,” says Steve Hill, CEO of the convention authority. “The LVCVA closely partners with resorts and key stakeholders to continually bring new business to Las Vegas.”

The 2023 FOP Conference & Expo will bring about 10,000 visitors to Southern Nevada over the course of an entire week. The extended timeframe for a conference of this nature will result in 45,000 room nights during midweek, when the destination historically experiences lower visitation, enabling visitors to enjoy all of the destination’s offerings including world-class entertainment and cuisine to unparalleled retail and attractions.

“Las Vegas is one of the world’s premier business destinations, bringing billions of dollars into the area every year,” says Megan Archambeault, VP of sales for MGM Grand. “The LVCVA continues to be a vital partner as MGM Resorts builds on and expands our work in meetings and conventions, and we look forward to continuing our work together to drive future growth.”

“With the help of LVCVA and MGM Resorts International, we’re going to host a convention unlike anything our members have ever seen before,” says David Moody, president of the Nevada Chapter of the Fraternal Order of Police.

The Las Vegas Convention and Visitors Authority is charged with marketing Southern Nevada as a tourism and convention destination worldwide, and also with operating the Las Vegas Convention Center. With nearly 150,000 hotel rooms in Las Vegas alone and more than 11 million square feet of meeting and exhibit space citywide, the LVCVA’s mission centers on attracting ever increasing numbers of leisure and business visitors to the area. For more info, visit www.lvcva.com.

MGM Resorts International (NYSE: MGM) is an S&P 500 global entertainment company with national and international locations featuring hotels and casinos, state-of-the-art meetings and conference spaces, live and theatrical entertainment experiences, and an extensive array of restaurant, nightlife and retail offerings. MGM Resorts creates immersive, iconic experiences through its suite of Las Vegas-inspired brands. The MGM Resorts portfolio encompasses 30 unique hotel and destination gaming offerings including some of the most recognizable resort brands in the industry. For more info, visit www.mgmresorts.com.

The Fraternal Order of Police is the world’s largest organization of sworn law enforcement officers, with more than 330,000 members in more than 2,200 lodges. FOP is the voice of those who dedicate their lives to protecting and serving our communities, and is committed to improving the working conditions of law enforcement officers through education, legislation, information, community involvement, and employee representation. No one knows the dangers and the difficulties faced by today’s police officers better than another officer, and no one knows police officers better than the FOP. For more information, visit www.fop.net