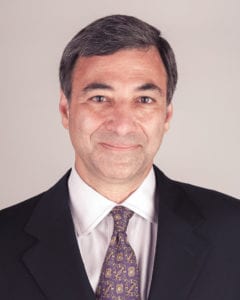 “We could not be more pleased with the selection of Michael Sawaya to lead our Convention Center to its next level of success,” said Melvin Rodrigue, Authority president. “He comes to New Orleans with a skill set and experiences that are the right fit at the right time. He recently led the Henry B. Gonzalez Convention Center through a major renovation, including the development of a convention headquarters hotel, that has shined a bright light oan San Antonio as a major convention destination. The Authority had an impressive slate of candidates to choose from in a nationwide search. The Selection Committee and my fellow Commissioners were very diligent in making the right choice.”

Sawaya, a 40-year veteran of the hospitality industry comes to New Orleans from San Antonio, Texas, where he served as executive director of the convention and sports facilities department for the City of San Antonio. In his role as executive director, he oversaw operations of the Henry B. Gonzalez Convention Center, Lila Cockrell Theatre, Alamodome, and Asset Management and ground lease management for the Nelson Wolfe Baseball Stadium, Toyota Field Soccer Stadium, and the Grand Hyatt Hotel.

Sawaya’s career with the City of San Antonio began in 2003, when he was hired to merge the Convention Facilities and Alamodome departments. Most recently, he directed the $325M expansion of the Henry B. Gonzalez Convention Center–the largest single capital improvement project in the history of the City of San Antonio, and recently completed a $60 million renovation of the Alamodome. He served as interim aviation department director from 2008-09 before returning to his role as executive director of the CSF department in 2009.

“I am thrilled at the opportunity to lead the New Orleans Ernest N. Morial convention center and to become a part of the New Orleans community,” said Sawaya. “New Orleans’ storied reputation as a world-class city and convention destination make it the ideal fit for me and my family, and I am excited about the vision for the future that together we will execute over the course of my tenure.”

Sawaya holds a BBA from the University of Arkansas at Little Rock, and is a certified hotel administrator.

The ENM New Orleans Exhibition Hall Authority, the governing board of the New Orleans ENM Convention Center, has contracted with JD Russell Consulting, LLC to advise on Small and Emerging Business outreach.

The firm will review, evaluate and recommend best practices to improve the effectiveness of the convention center’s recently launched Small and Emerging Business Program. Other services will include program and policy review, outreach, advertising, tracking, reporting, and community engagement. The convention center’s Small and Emerging Businesses Initiative is a multifaceted program aimed at educating business owners about the benefits of becoming state certified as well as raising awareness about new business and economic opportunities at the Convention Center.

“Small business growth is central to the development of our state and local economy, and we are committed to providing local vendors with business opportunities,” said Bonita Robertson, Small and Emerging Business committee chair, ENM New Orleans Exhibition Hall Authority. “JD Russell Consulting has an excellent track record of developing overall strategic plans for SEBs and DBEs. Engaging with the Russell firm is part of our expanded effort to bring that message to an even broader cross section of the business community.”

With 1.1 million square feet of contiguous exhibit space, an award winning staff and first class amenities, the New Orleans Ernest N. Morial Convention Center is the sixth largest convention center in the nation, a consistent Top 10 host of the largest number of conventions and trade shows annually, and one of the city’s “Top Workplaces.” A leading rainmaker of the city’s hospitality industry, MCCNO event activity has produced $81.7 billion in economic impact since its 1985 opening, including $5.1 billion in new tax revenue for state and local governments. For more info, visit www.mccno.com or its new website, www.exhallnola.com, a resource for information on the small and emerging business program, including new business opportunities.

The Ernest N. Morial New Orleans Exhibition Hall Authority’s exclusive mission is to finance, construct and operate facilities in order to attract and conduct conventions, trade shows and other events that support and expand the economy of both the state of Louisiana and New Orleans region. The Authority is composed of a 12-member board of commissioners, nine appointed by the governor of Louisiana, and three appointed by the mayor of New Orleans. Since 1985, event activity at the New Orleans Ernest N. Morial Convention Center has produced $81.7 billion in economic impact since its 1985 opening, including $5.1 billion in new tax revenue for state and local governments.