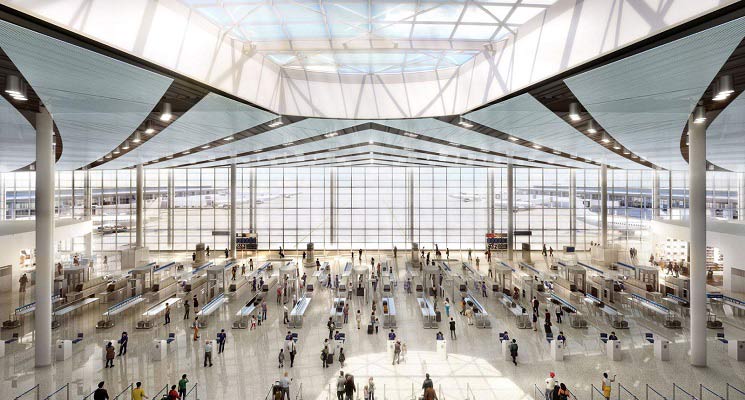 Food and beverage concessions and news, gift and specialty treat retail concessions will feature a mix of local brands representative of Louisiana and New Orleans as well as national brands that appeal to both the local and visiting passengers, including Shake Shack, Mondo, Leah’s Kitchen, Emeril’s Table and MoPho.

The new facility is expected to increase the airport’s economic impact by about 20 percent in the next five years and will support 64,000 jobs and $6.4 billion in local spending.

Elsewhere, the Sazerac House officially opened its doors to the public last month on Oct. 2. Located at the corner of Canal and Magazine Streets, less than 350 yards from the original Sazerac Coffee House, Sazerac House offers an enriching sensory experience that embodies the city’s spirited and historic character.

In 2017, the Sazerac Company began work of re-imaging and restoring the historic 48,000-square-foot building which was left unoccupied for more than 30 years. The interactive, high-tech experience takes visitors through a journey of the history and culture of spirits in New Orleans including the world-famous Sazerac Cocktail and Sazerac roots.