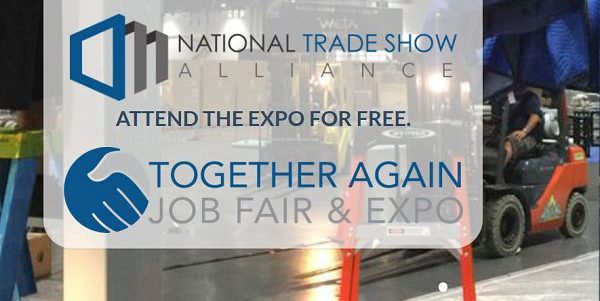 The National Tradeshow Alliance, founded in response to the challenges of individuals in the tradeshow community, has partnered with the Together Again Expo to co-host an expo and job fair in Atlantic City, tomorrow (August 5). Tonight they’re holding a networking event, “Celebrate & Connect,” from 6-9 p.m. at The Vue at the Claridge. Weather permitting, the party will be outdoors with 365 degree views of the city. Click here to register to attend; registration is free for NTSA members.

The National Tradeshow Alliance, founded by Laura Palker, Tradeshow Solutions Center CEO, has announced their Board of Directors:

Working across all sectors of the tradeshow, events and association industry, Beaulieu’s knowledge and expertise in association management, as well as healthcare convention and event marketing, is what took her to Poretta & Orr. Prior to this she was with Healthcare Convention & Exhibitors Association, the industry trade association with the sole mission to educate those involved in healthcare convention, exhibit and event marketing. As the executive vice president and executive director at HCEA for nearly 16 years, she provided strategic direction for the organization and has continued to stay actively involved in the industry. Currently she is one of a handful of trainers globally for the Healthcare Meeting Compliance Certificate program at Meeting Professionals International, and is on the Board of Directors for MPI’s Medical Meeting Planner Advisory Board, MPI’s Georgia chapter, The National Tradeshow Alliance, and she regularly speaks at numerous industry organizations and contributes to many industry publications.

Burkette’s early background was in structural and architectural design and was followed by 36 years in the tradeshow industry working for ExpoDisplays, a manufacturer of modular, portable and custom exhibits and environments. He was president of EDPA in 2014 and has served on several industry committees and boards over the years. He’s planning to remain active within the industry and is looking forward to how the National Tradeshow Alliance can help the industry. 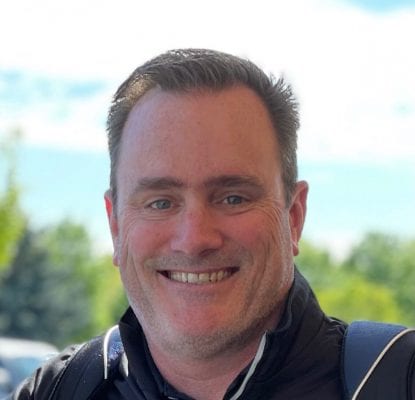 Carty started at Classic in 1994, when there were only five employees. For the first 16 years, he did everything from build exhibits (for the first four years), to process orders, to assist with marketing, and visit distributors (next 12 years). In 2009, the company hired two outside sales managers which allowed him to focus on the day-to-day business operations. Since then he has focused sales and operations management including developing new markets such as retail, corporate environments, broadcasting sets, and special events. He most recently served as a director on the board of the EDPA (Experiential Designers and Producers Association) for 10 years and served on many subcommittees within EDPA. 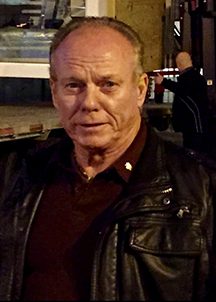 Hogan joined Teamsters Local 719 in 1968 and was promoted to chief steward in 1978 in charge of motion pictures, tradeshows and theatrical events in the Chicagoland area. He spent six years as the exclusive general contractor for the Rosemont CC (now the Donald E. Stephens CC) and Allstate Arena as the owner of both Rosemont Exposition Services and O’Hare Exposition Maintenance. He spent 14 years as the show manager & labor consultant for the National Model and Hobby Show Association and eight years as Show Biz America GC for the Chicago Flower & Garden Show. He’s spent the last 20 years providing payroll services to GCs with Rilan Events Services and he’s owned Show Biz America since 1980 providing full-service GC, audiovisual, cleaning, equipment, furniture, payroll service and electrical for tradeshows. Currently, he’s senior director, tradeshow/entertainment and the national accounts convention and tradeshow sales rep for Ahern Rentals, supplying equipment nationwide, and helping to create, with the Ahern design team and Don Ahern, new equipment and attachments specifically designed for tradeshows. 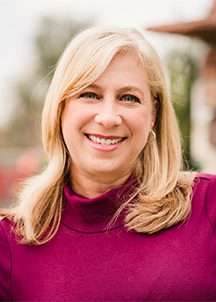 Klein says she is equal parts integrated marketer and sales professional with more than two decades working with organizations from Fortune 100 to start-ups and non-profits. With a dual degree in PR and psychology, she tripped into the world of face-to-face marketing by accident and says she was “electrified by the alchemy that happens when audience meets brand in time and space.” She says she also really loves “the blending of strategic marketing, design, the human factor and the unforgiving precision required to deliver projects of all shapes and sizes,” adding that, “One of my first memories of being ‘trained’ in the industry was being handed an Allen wrench and told to dismantle a truss booth, by myself.” 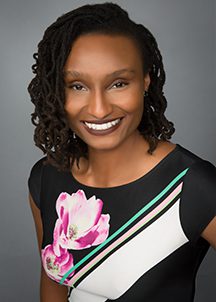 McFarland is a second generation owner and COO of 21st Century Expo Group, Inc., a 30-year-old tradeshow general service contractor, event producer and exhibit production and management firm based in Capitol Heights, Md. She ensures that all aspects of the family business runs smoothly—leading the sales team and project managers. She is also responsible for developing 21st CEG’s CDM department with a client base of Fortune 500 companies including Apple, Facebook, Google, Airbnb and Intel just to name a few. This department is now generating more than 40 percent of the company’s revenue after only five years. She received a Masters in Business Administration from Howard University and has testified before the Small Business Senate Committee representing the millions of minority small businesses that continue to suffer because of the results of the lockdowns. Philanthropically, she helped open The Campus, a 40,000-sq.-ft. premiere academic, athletic, and wellness center that caters to the District, Maryland and Virginia residents and she tours with the Youth Ambassadors to the Pro Football Hall of Fame inspiring inner city youth. 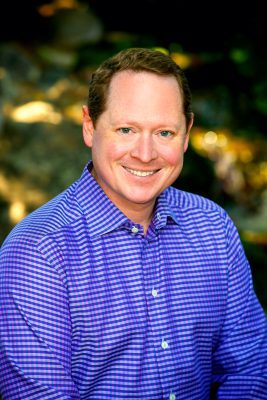 Nagle is the third generation of a tradeshow family, so he was introduced to the tradeshow and event world at an early age. Nagle started his informal training in the warehouse of the Czarnowski Chicago facility. After working numerous events at McCormick Place during the Chicago summers, he left the heat for the University of Denver where he received a BSBA from the Daniels College of Business in 2003. After graduation, he spent numerous years working in the telecommunications industry in various sales roles before returning to DU in 2006 to begin his graduate work. He graduated with an MBA in marketing with special emphasis on brand marketing. His professional life subsequently came full circle and in 2009, he returned to Czarnowski with the Denver team, working with new and current clients to help ideate and execute the marketing objectives of some of the world’s most recognizable brands. 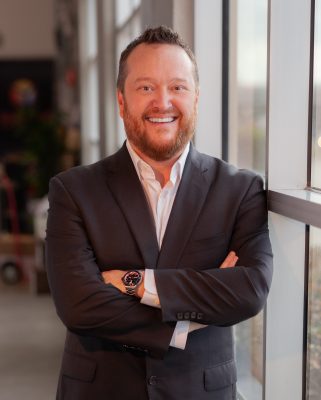 Nall is an experienced president with a demonstrated history of working in the events services industry. As the founder of ShowBox Exhibits, one of the fastest growing exhibit builders in Houston, he is skilled in marketing management, integrated marketing, advertising, sales and branding & identity. He is a strong business development professional who encourages the best from his employees. He focused in marketing at DePaul University, then used his experience to create and implement dozens of company identities for his clients. In his free time, he plays guitar and sings as a professional solo musician. Once a semi-professional soccer player, he currently enjoys playing golf. He is also an avid car enthusiast. 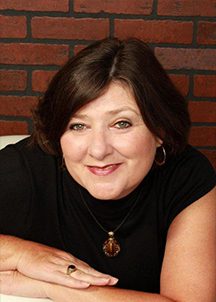 Palker is the founder and CEO of Trade Show Solutions Center, a leading provider of exhibit planning, design, production and marketing services. She is also president of the Solution Center Network, a 10-year-old membership organization that partners exclusively with graphic designers and marketing professionals to seamlessly service customers with tradeshow needs. She is also a partner in both NewNormalSupplies.com and EventShipping.com, providing essential products and services to the live events industry. She has taken her vast wealth of knowledge and created companies to serve her clients and the tradeshow world. She is the founder and president of the National Trade Show Alliance, a nonprofit organization formed to unite the many segments of the tradeshow industry. She is the president of 100 Women Who Care About Long Island, which encourages women to make a meaningful economic difference for the region’s nonprofits. She is a graduate of the Goldman Sachs 10,000 Small Businesses program. In addition to completing her study in Polarity Therapy, she has just completed her certification as a Virtual Events Professional. And, to help others achieve personal and professional goals, she just collaborated on her first book, How Do You Predict the Future? You Create It. 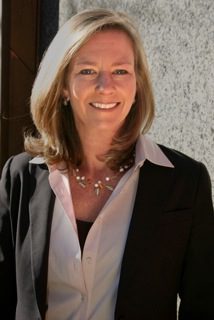 Shepherd has 34 years of professional experience in the tradeshow and events industry. After graduating from Vanderbilt University with a bachelor’s degree in psychology and a minor in molecular biology, she worked with Shepard in Atlanta while pursuing a career in the science field. But she became so enamored with the events industry that she changed her career focus and continued in the events industry. After her time with Shepard, she started her own exhibit business before taking a job with Condit, where she remains today. In her free time, she enjoys hiking, biking, camping and enjoying the great outdoors with her husband and two sons. She also is an equestrian and loves everything having to do with horses. 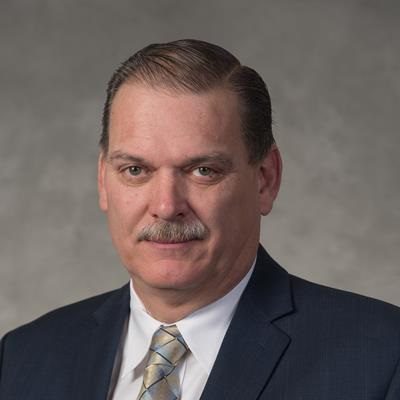 Tarby leads the Eastern Atlantic States Carpenters Trade Show with 36 years of experience in the trade. He has represented conventions and tradeshows in the Northeast since December 1996, negotiating collective bargaining agreements for fair wages and benefits for union members. He has also conducted safety, sexual harassment and customer service training. Prior to his role for the council, he worked his way up from carpenter to shop steward to foreman in charge of maintenance at the Atlantic City Boardwalk Hall supervising conventions and tradeshow events. He has been the Atlantic County Improvement Authority Commissioner/Vice Chairman since May 2004.  He is also a labor trustee on the Northeast Carpenter Funds, Local 491 Carpenter Funds and Level Care Consortium. He is a member of the Licensed Casino Control Commission/DGE, Member International Association of Exhibition Executives (IAEE), Member Exhibition Service Contractors Association (ESCA), serves on the National Labor Management Committee and is also a member of the Exhibitor Appointed Contractor Association (EACA). 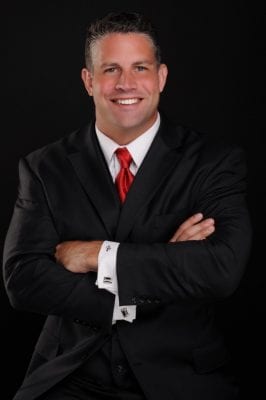 Yuska has more than 25 years of experience in all facets of the live events industry. He began his career with Freeman and trained under Don Freeman himself. After taking senior leadership positions with many other GSC’s, Yuska founded Alliance Nationwide Exposition in early 2008. Alliance was built on the premise that every event must be as successful as the next, no matter how small or large. He committed his resources to building Alliance as a national brand, servicing any and all events within the hotel market nationwide. Prior to the pandemic, Alliance was servicing more than 500 tradeshows in every major city, nationwide. During the pandemic, he sought to help the convention industry return as quickly as possible, by educating and demonstrating how tradeshows and events could safely and successfully happen. With that, Together Again Expo was born on July 24 at Orange County Convention Center, in Orlando. Together Again Expo was the first tradeshow to be held after the pandemic. Together Again was considered a huge success; 1,405 live attendees met safely, and there were more than 8,000 virtual participants.

The purpose of the National Tradeshow Alliance and the “TOGETHER LET’S BE THE VOICE” campaign is to address the needs (financial, education, social services, wellness programs) of the people in the tradeshow industry created by the suspension of tradeshows, conventions and conferences. For more info, visit nationaltradeshowalliance.org. To register to attend the job fair/expo, click here or to be an exhibitor or sponsor, click here.