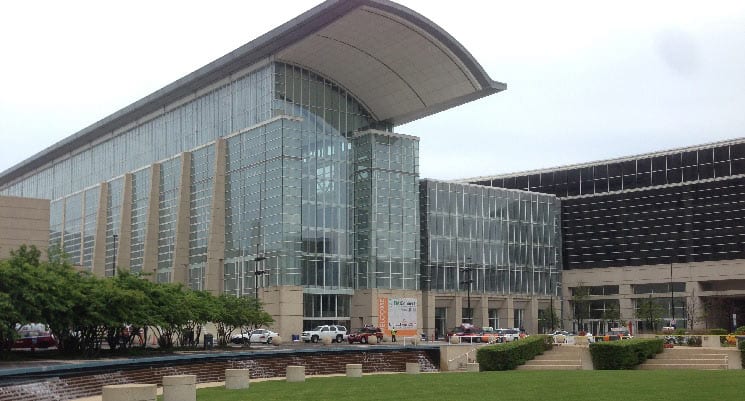 A Primer on Who Does What

Colonel Robert R. McCormick, the controversial and charismatic visionary who spearheaded the drive to build a world-class convention center in the city of Chicago, never saw the building that bears his name. He was editor and publisher of the Chicago Tribune and saw the need for an exhibition hall in 1948. Through his leadership and influence, he convinced the state legislature to levy a tax in 1951 to fund the construction of a permanent exhibition hall to host conventions and tradeshows. McCormick died in 1955 and even though construction didn’t begin until 1958, it was dedicated in his name when it was completed in 1960.

The facility has continued to expand over the years and now is a campus of four buildings with an impressive amount of space and amenities. It boasts 2.6 million sq.ft. of exhibit halls with 1.3 million sq.ft. all on one level. There is 600,000 sq.ft. of meeting room space spread out among 170 meeting rooms. It has six ballrooms, including the two largest in the city, and four theaters, including the 4,249-seat Arie Crown Theater. 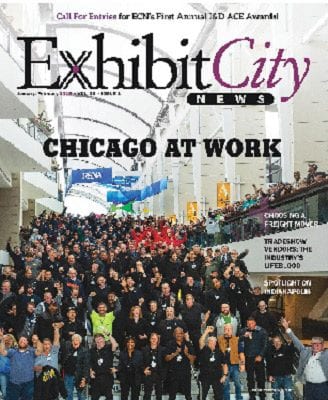 Since McCormick Place opened, labor has been the force that makes the commerce of exhibitions and conventions run like a well-oiled machine. If you’re new to the exhibitions industry or you’re trying to explain the ropes to a newbie, finding out who to go to take care of what can be confusing. Here’s a look at who does what at Chicago’s premier convention and exhibition space. Not all convention centers call upon the same professionals for the exact same services–for example, in Las Vegas, the Teamsters handle a great many more tasks. Regardless, the things each union covers at McCormick Place are a good guide to what you might expect at many other convention centers.

Tom Cassell, a consultant for McCormick Place, pointed out that exhibitors and their employees are allowed to handle much of the work themselves, within guidelines presented in The Exhibitor Bill of Rights. “An exhibitor employee may perform work in a booth of any size,” the document states. “They can work within the booth using their own ladders or hand tools, cordless tools, power tools and other tools designated by McCormick Place/SMG.”

The primary things exhibitors are prohibited from doing is operating machinery, such as forklifts and scissor lifts. For most companies working frequently and with larger scale setups, the chances are that all of these issues will be dealt with by a hired contractor who knows all of the ins and outs of who to go to for each task. Even if you’re going through a contractor, there’s value in knowing who’s doing the work.

Currently, McCormick Place itself only employs one union; the McCormick Place Technology Services Department. The in-house division handles the internet and telecommunications needs of event planners and their exhibitors. They are responsible for the installation, repair and dismantle of all voice and data service including fiber optics and Internet installations, as well as performing all in-booth voice and data wiring of exhibitor- owned telecommunications equipment. Almost all of the unions that work at McCormick Place are employed by event service contractors.

The Chicago Regional Council of Carpenters, part of the United Brotherhood of Carpenters and Joiners, (312) 787-3076

The carpenters union has a strong presence in Chicago, with its Built to Last television show informing the public about what they do and how they do it. At McCormick place, they are responsible for uncrating exhibits and display materials. They also handle installing and dismantling exhibits including cabinets, fixtures, shelving units and furniture.

They also take care of the laying of floor tile and carpets, hanging structural signs, installing and dismantling scaffolding, bleachers and ganging of chairs. When the event is over, it’s the carpenters that re-crate exhibits and machinery.

Decorators are responsible for hanging all signs and installing all drape, cloth and/or tacked fabric panels. They also handle Velcro signs used in a booth that require tools or more than one person for installation.

Electricians, of course, assemble, install and dismantle of any equipment that uses electricity is powered from the building’s electrical system. They also handle electrical wiring, hookups and interconnections, electrical signs, video and audio taping and cable television hookups.

While a great deal of booths use electricity, those that need plumbing are a more specialized group. Plumbers are responsible for all plumbing, including the installing and removing tanks, anchoring and welding, dealing with compressed air, water, drain, natural gas and bottled pressurized gases. They fill and drain tanks and do installation and removal of all venting to the atmosphere.

Due to the delicate and specific needs of the equipment, projectionists are the exclusive professionals for load-in, set-up, and staging of any and all equipment used for the projection of an image on a screen or surface. This includes but isn’t limited to motion picture, video, holography, laser, slide and film projection equipment.

It’s the riggers who are responsible for uncrating, un-skidding, positioning and re-skidding all machinery. Exhibitors may hand-carry in computers and appliances but removing large items, which require the use of tools to release/remove restraining straps, would require rigging labor.

All other material handling in and out of the exhibit hall is the responsibility of the Teamsters. Exhibitors may carry in small packages, including pop-up booths, provided they can be hand-carried.

Each tradeshow itself has to hire cleaners with very specific guidelines of what needs to be cleaned and when. McCormick Place does not have an exclusive housekeeping contractor. If an exhibitor leaves excessive debris behind at the end of the show, McCormick Place deals with it and bills the exhibitor for the service. That includes lumber, skids and pallets, carpet, products or waste from a product or demonstration and literature.

If you’re doing a public performances of a theatrical event that requires temporary installation of lighting and audio equipment, you’ll need to hire stagehands. Their work includes the installation, operation and removal of that equipment.

In most cases, the clients begin working with the local labor force long before they ever get into town. “Usually when we are working with a company they get in touch with us at least a month out.” Gray says. “They will submit a drawing and we’ll look at it to make sure it works in the space they’re going into in McCormick Place. We make sure it can be hung the way they drew it. We doublecheck the weights, because obviously there’s a lot of weight above people’s heads.”

The workers usually start with an empty ballroom and multiple labor organizations work in concert to transform it into a meeting and performing space. “We work hand in hand with the Teamsters, who load the gear into the ballrooms from the trucks,” Garrity says. “We go in with a rigging team and start hanging the audio and lighting systems and in some case, video. We run all the cable to make sure everything works in continuity. From time to time, we work with carpenters, decorators and electricians, depending on the needs of the event.

For the most part, who does what task is easily defined and easy to figure out, but there are some complex areas. For example, signs are hung by decorators, unless it’s electrical, in which case the electricians handle it, or if it’s constructed from wood, in which case it’s taken probably care of by the carpenters. “Depending on the type of sign, it’s best determined by the official contractor–they can provide clarity,” Cassell says. “You can always contact McCormick Place staff if you need to sort something out.”