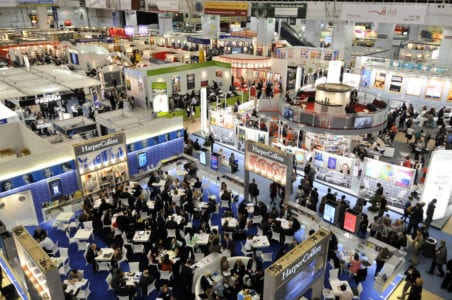 According to AMR International, an advisory firm for the exhibition industry, Reed Exhibitions continues to top the list as the world’s largest organizer–a position the company has sustained in the rankings since the last study in 2016. The report, titled Top 20 Exhibition Organizers, ranks providers worldwide twice a year based on revenue, and it also tracks mergers and acquisitions in the data.

The top four rankings remain unchanged since the previous Top 20 was issued in December 2016. Reed Exhibitions held its position at number one with approximately $1.45 billion in revenue, followed by UBM, Informa and Messe Frankfurt. In December 2016, UBM had closed the gap between itself and Reed considerably, but Reed’s performance in the first half of 2017 has again widened the spread between first and second position by a comfortable margin.

Denzil Rankine, executive chairman of AMR International, said, “Within the top four organizers, Reed Exhibitions and Messe Frankfurt have focused on organic growth and international expansion through geo-clones, while last year UBM and Informa cemented their positions through the acquisitions of Allworld and Penton.”

“Apart from Informa’s acquisition of the portfolio of Yachting Promotions Inc. and the tech-focused events acquired by Emerald, the first half of 2017 has not seen any sizeable merger and acquisition activity,” Rankine added. “Nevertheless, the trend to consolidation remains, as significant gains through organic growth continue to be challenging. And, while Clarion remained relatively unchanged, its new owner Blackstone is in a position to fuel further merger and acquisition activity, which could impact its ranking in 2018.”

The AMR Top 20 enables exhibition organizers to evaluate their rank in the global events market. It also helps organizers track any shifts in market share, particularly ahead of the financial reporting cycle. In addition, the ranking presents an alternative view of the industry, isolating exhibition organizer revenues from venue rental and service revenues. Organizers are ranked on the latest fully reported year combined with the revenues of acquisitions.