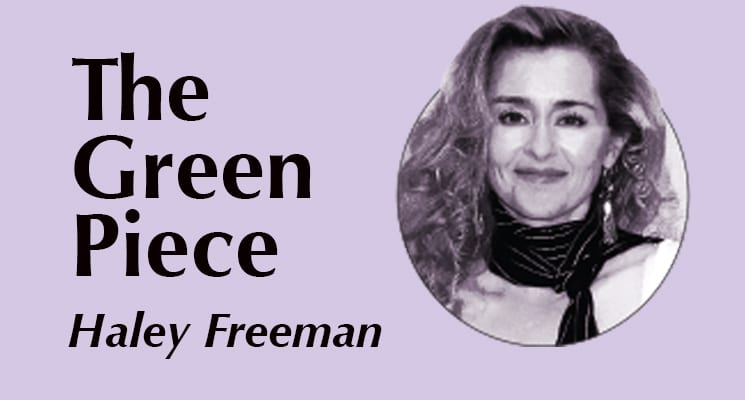 The city of San Francisco is like a wrapped gift, and the Golden Gate Bridge the bright red bow that ties it all together. From inception, this community of pirates, innovators, rebels, activists, artists and dreamers have loved their city, and the current generation remains every bit as passionate about preserving the region’s natural assets and distinctive lifestyle.

San Francisco is often lauded as an environmental leader in North America, and in 2017, both WalletHub.com and RewardExpert.com named it the greenest city to visit in the U.S. For convention planners looking for the ultimate eco-experience, this city will not disappoint.

The Moscone Center is a world-class convention and exhibition complex located in the heart of the city’s South of Market (SoMa) district, a vibrant urban center that is home to an eclectic society of tech companies, art museums, hotels and attractions that only San Francisco can offer. This award-winning facility is currently undergoing a $551 million expansion slated for completion this year. The project will add more than 157,000 gross square feet of flexible meeting space to the Center’s already robust 700,000 square of exhibit space, 106 meeting rooms, and nearly 123,000 square feet of pre-function lobbies.

Moscone Center lives up to San Francisco’s exceptional green standards. It received the LEED Gold for Existing Buildings certification in 2012, becoming the first convention center on the West Coast to attain this honor from the U.S. Green Building Council (USGBC).

A true industry pioneer, the Center began diverting a high volume of materials from exhibit floor and lobby areas in 1998, and now diverts nearly 2 million pounds of materials from all areas of the facility annually. Roughly 20 percent of diverted resources are donated to local non-profits.

In 2016, San Francisco became the first U.S. city to require that 15 to 30 percent of roof space on most newly constructed buildings incorporate solar, green roofs or a combination of the two. This initiative expands an earlier ordinance requiring new residential and commercial buildings of 10 stories or less to install solar panels or a solar heating system covering 15 percent of the roof.

Again ahead of its time, Moscone Center launched its visionary solar program in 2004. Its roof houses one of the largest municipally owned solar power installations in the country, reducing greenhouse gas (GHG) emissions by an amount equivalent to annually planting 62 acres of trees.

San Francisco is the first major U.S. city to provide curbside collection and composting of mixed organic material. In keeping with the city’s green values, Moscone Center instituted a kitchen-based composting program in 2004, which expanded to include use of compostable serveware in 2008. The Center’s exclusive catering company, SAVOR, captures all organic material from food service operations for composting. SAVOR also donates unused and excess food to area nonprofits.

Located in the urban core, Moscone Center is easily reachable by mass transit. According to the Center, nearly three quarters of all its employees regularly commute using alternative transportation, reflecting San Francisco’s extensive and accessible public transit system. Moscone Center is also within walking distance to eateries, entertainment and more than 30,000 hotel rooms. The Orchard Garden Hotel, San Francisco’s first LEED-certified hotel, is only steps away and offers unsurpassed green accommodations and spa amenities. The hotel also offers boutique event space for up to 70 guests.

Moscone Center is as concerned with indoor environmental quality as it is with that outside. To keep indoor air healthy, 94 percent of its cleaning products are LEED compliant; carpet, ceiling and restroom tile are made from recycled content materials;

Just as San Franciscans are passionate about keeping their city green, the staff at Moscone Center is enthusiastic about helping planners create a sustainable show experience. Begin by downloading the guide for planning a greener meeting at www.moscone.com/pdf/Green_Meetings_Begin_with_You.pdf.