Shop to Showfloor: Q & A Spotlight with “Big Al” Lichtman 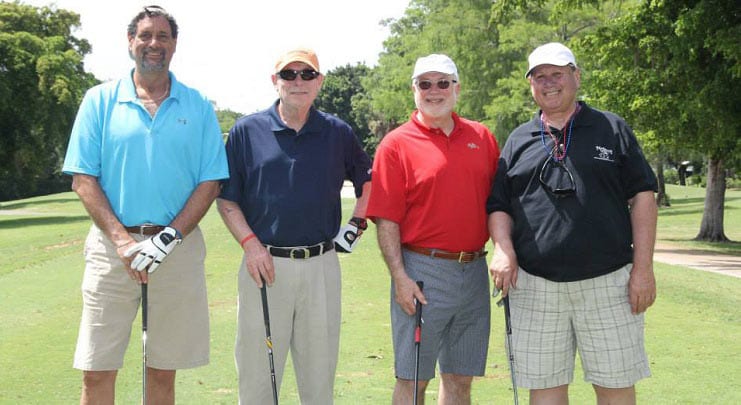 Six Questions for a Man who’s a “People Person”

“Big Al” Lichtman stands 6’6” and looms large in the tradeshow world in Miami. Although he grew up in “da Bronx,” he moved to Florida in 1972 as a teenager and he’s been a member of the International Union of Painters & Allied Trades AFL-CIO (IUPAT), Sign & Display for 35 years. He spent 20 years working on the tradeshow floors at the Miami Beach Convention Center, Broward County (Florida), Orlando, Atlanta, New Orleans and Washington, D.C., and another 17 years working “in the office” as the business rep for the union. He’s planning his retirement for later this year and says, “I have been blessed with two of the most beautiful granddaughters–I’m going to spend more time with them. I’m probably going to open up a consulting firm–I’m young enough to still help our industry grow, and play more golf.”

I was working at Ryder Truck lines years ago and all these crates were coming in for the car and other shows from the Convention Center. One of the guy’s brothers said he was working to set up the shows and they always needed help. So, I worked a couple of years as a B worker–as an extra–and then I decided to make it a career. Back then there really wasn’t too much training–this was in 1981–you just worked until you got put into the union. It was all on-the-job training back then.

I just loved the people–you’re always meeting new and interesting people. You see the newest cars and boats as they’re coming in, you see the latest products like new medical and computer systems. it wasn’t like a 9-5 job sitting in a cubicle watching time pass. I’m a people person and I just loved being out there helping people.

We were the first labor union to join ESCA (the Exhibition Service Contractors Association) about 25 years ago. I was the first union official to be asked to be on the board of ESCA back in 2008. I’m currently serving my second two-year term on the board of directors. I like what ESCA is doing–working together with contractors, unions and venues, etc.–working out and solving problems tha 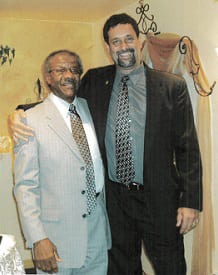 t effect tradeshows and conventions in different cities. You can call us problem-solvers.

Yes, my mentor was John Starks (pictured left)–he was our main steward, who took me under his wing. Without him, I wouldn’t have made it to the president of the union, then business representative. He had a gift in the way he approached and talked to exhibitors, members and contractors. His no-nonsense, stern, yet fair way of dealing with people is what drew me to him. He showed me the ropes. He helped me become president of the union (which is actually a working position) for 11 years before I was elected to business rep.

“Read your kits!” It’s a tough thing because of all the different unions and rules in the many cities. We always pride ourselves that we can work with everybody.  The best advice that I can give  a show manager is to do your homework. Try and meet with the facility, contractor and union before your event, so you can ask the tough questions to make sure your event goes smooth without any hitches. We have great relationships with our contractors and facilities to make the shows and events flawless.

Well my favorite tradeshows are the car shows and the boat shows–seeing the new cars and the new boats–and the friendships that you make because you see the same people year after year. Our jurisdiction goes from West Palm Beach to the Keys –Broward County Convention Center,  Diplomat hotel,  Fountainebleu Hotel and the MBCC are some of the places we do most of our work

I used to travel to do shows too–like the boat show in New York–I’m from there so I could spend New Year’s Eve in Times Square and visit my family and see all the new boats. In two weeks at the tile/flooring show in New Orleans, I worked 119 hours the first week and 112 hours the following week–it’s a huge show, it’s a tough show–lots of containers to empty and lots of tiles to install…that’s what they call blood money–you make a lot but you work a lot. I couldn’t do that now–thank God, I did it when I was younger.

As for a favorite memory–we were the first union to exhibit on tradeshows which was the TS 2 show. My partner, Cliff Germano, (our director of training back then), and I won the first Showfloor Olympics put on by EACA in Chicago [in 1999] while we were exhibiting on TS 2 (pictured right). These two Miami boys go up to Chicago and win the Showfloor Olympics–we won $200 each and a medal. We had to set up, take down and move a pop up display, do a tape toss and answer industry questions.

I love my job. It’s not a job you’re going to get rich at–it’s a job/trade that you can feed your family with and meet plenty of people and make lifelong friends. There’s so many new products and new shows happening all the time–it’s always changing–it’s always exciting and I always enjoyed the people and the work. Things are constantly changing in the trade show industry, and the key is adapting to the changes.. I’ve never been on a show that didn’t open on time–even if it meant working all night to open it at 8 a.m. I’ve been blessed with my three daughters (pictured left with Al and his wife), two granddaughters and the many friends and associates I’ve met through the 37 years working in this Industry.