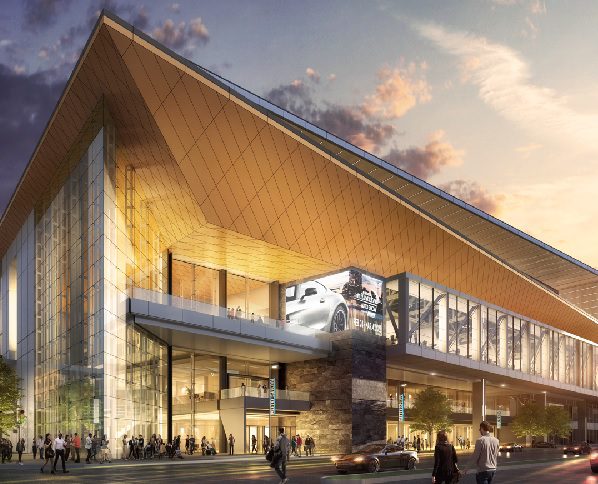 This week, video is king—as we have videos of both the $420 million Wisconsin Center expansion (with an anticipated opening in May 2024) and the monsoon flooding at the Mandalay Bay Convention Center in Las Vegas last week.

Originally opened as the Midwest Express Center in 1998, the Wisconsin Center in Milwaukee was designed with a Phase III expansion in mind, extending to the north to Kilbourn Avenue and connected to the arena and auditorium. However, this expansion was delayed after 9/11.

Sarah Maio (pictured left), the Wisconsin Center District’s vice president of marketing and communications, explains, “In 2018, the Wisconsin Center District was turning down as much business as we were accepting. It was time for an expansion to move forward and, due to the foresight of the board of directors, in April 2020 the resolution was adopted to set the expansion into motion.”

The Atlanta-based design team of tvs/eua awarded design contract in December 2019 and the construction management team of Gilbane/Smith was awarded the construction contract just a month later. And, after the funding was secured, the official groundbreaking was held October 28, 2021.

The expansion will bring the exposition hall to 300,000 contiguous square feet (doubling the CC space to total 445,000 square feet); add 24 new meeting rooms (for a total of 52); include no fewer than 400 indoor parking spaces; add six loading docks (for a total of 22); add an executive kitchen; and feature a spectacular fourth-floor rooftop ballroom with space for a minimum of 2,000 for a seated dinner and outdoor terraces, and a sophisticated Wi-Fi and IT infrastructure. To see video of the renderings in a 3-D virtual fly-through, click HERE. For drone footage of the Tower Crane, click HERE.  There is even a live construction camera feed available at https://wisconsincenter.com/2021/10/01/live-construction-camera-feed/.

The project includes a comprehensive economic inclusion plan by committing to 25 percent minority-owned businesses, 5 percent women-owned businesses, and 1 percent disabled veteran-owned businesses. Plus a residents-preferred program of 40 percent, meaning at least $40 million of the $100 million in anticipated construction wages will be earned by residents of the city of Milwaukee. Upon opening, the expanded Wisconsin Center is projected to support 2,300 full-time equivalent jobs throughout the state of Wisconsin. At their website, they encourage companies to register to be notified of bidding opportunities to work on the expansion.

Challenges include maintaining convention center operations during construction, limiting the amount of utility outages and disruptions to the existing facility, and designing around the remaining foundations from the original convention center still on site and underground. The site previously served as an asphalt parking lot. Crews have been working on overall site excavation and the removal of existing grade beam foundations, as well as the existing skybridge structure to the adjacent Hyatt Hotel.

As for demolition, one skybridge has been removed, and another is being designed and built in the same location, but at a lower elevation. The skybridge is being removed in two phases, with one of the sections being crunched/munched and the other section across the road to the Hyatt being separated on the Hyatt side and lifted out of the place by a crane to the ground, then processed on the ground. The overall project is approximately 30 months in duration.

Onsite material that can be recycled include concrete and asphalt. The goal is to achieve LEED Silver status and crews are doing so, in part, by selecting building materials that have recycled properties. Approximately 38,000 cu. yds. of dirt/material will be moved during construction. 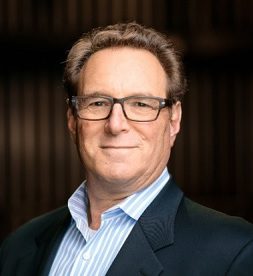 The Wisconsin Center District  and City of Milwaukee worked together to create a new revenue source for the City of Milwaukee via a proposed Payment In Lieu of Taxes (PILOT) program. “One of the purposes of an expanded Wisconsin Center is to create more jobs, increase revenue, and generate significant economic impact in the City of Milwaukee,” says Marty Brooks (pictured right), president and CEO of the WCD. “We believe that as a key stakeholder, the City deserves to directly benefit from our success and the revenue we bring into the state each year. The PILOT proposal will set the City up for direct benefit in conjunction with our future growth and success.”

The PILOT proposal submitted to the City suggests that beginning in 2025, after one full year of operation of the expanded convention center, the WCD will pay the City of Milwaukee $750,000 for its first $30 million in net income; plus an additional $750,000 for every $10 million in subsequent net income for the life of the bonds. Over a 40-year period the City of Milwaukee will receive $30,000,000 from the WCD and potentially more with additional payments if those years’ net income performs above the base payment.

The changes are expected to generate $12.6 billion in economic impact over 30 years. “At the height of the pandemic, the Wisconsin Center expansion project was cued up and shovel-ready,” says Maio. “We are prepared to pump more than $100 million in construction wages into the city that we love and be positioned as the most desirable convention destination in the nation as the world comes out of the pandemic.” 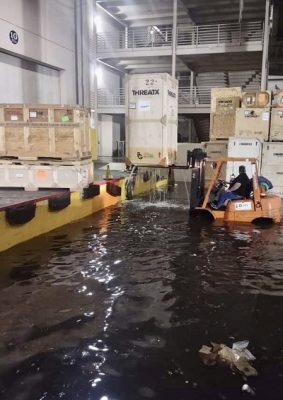 Meanwhile, back in Las Vegas, videos of Mandalay Bay “Lake” at the Mandalay Bay Convention Center were posted in the You Know You Work in Tradeshows When…Facebook group on August 13. Forklift driver Jimmy James was heralded a hero as his forklift waded through the monsoon 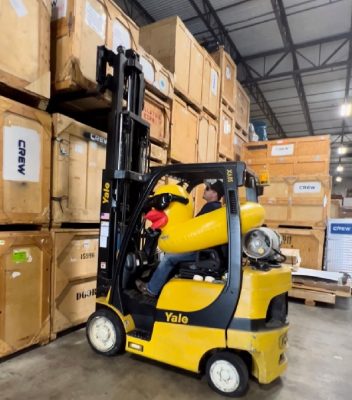 waters to rescue exhibit crates and boxes. Click HERE to watch the video posted by Eric Britt and HERE to see Carrot Top’s video of exiting the building after his show that evening. Crew XP’s Chris Griffin posted both a shot of the flooding on Linkedin as well as a humorous solution for forklift safety protocols, writing, “The recent flash flooding events in #LasVegas have forced us to update our #forkliftsafety protocols and certification standards.”