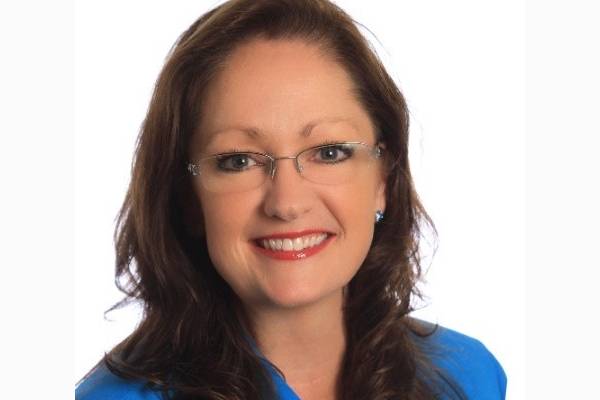 Following a nationwide search, Visit Seattle and its Board of Directors announce that Tammy Blount-Canavan, FCDME (Fellow Certified Destination Marketing Executive) will serve as its President and CEO, effective May 9. She will be Visit Seattle’s first female CEO, replacing longtime leader Tom Norwalk, who retired earlier this spring.

Blount-Canavan’s rich leadership history spans two countries and three decades first in the hotel industry in her hometown of Vancouver, BC, to a previous role as President and CEO of the Monterey County Convention and Visitors Bureau. She has strong ties to the Puget Sound area, having served as President and CEO of the Tacoma Regional Convention & Visitors Bureau from 2008-2012.

“I am thrilled to welcome Tammy Blount-Canavan to Seattle,” says Carla Murray, President, U.S. Western Region Marriott International. “She has made her mark in Vancouver, Tacoma, Monterey and I look forward to working with her again in her new role as leader of Visit Seattle. Her skills and expertise will assist us in growing our business well into the future.”

Most recently, she was EVP, Principal at Fired-Up! Culture, a business management consulting firm focused on leadership and culture development. She is a past-chair of Destinations International, the international trade association for destination marketing organizations. She was recognized as CEO of the Year while in Monterey, one of the 25 Most Influential People in the Meetings Industry, and twice as one of the top 25 Most Influential Women in the industry. She was recognized as Community Leader of the Year, Sustainability Advocate for the California Travel Association, Leading for Positive Impact by the Canadian Impact Conference, and was the 2019 recipient of Destination International’s Global Leadership Award. During her time at Tacoma Regional Convention & Visitors Bureau, she also worked to establish and was the first chair for the Washington Tourism Alliance, now State of Washington Tourism. Blount-Canavan worked at Tourism Vancouver in senior management for over a decade.

Blount-Canavan says her vision for Visit Seattle is to build on its strong foundation as a dynamic, bold, innovative organization, strengthening relationships and partnerships to elevate Seattle as the nation’s best city to visit, live and do business in.

“I am honored to serve as Visit Seattle’s first female President and CEO,” says Blount-Canavan. “This city has been close to my heart for as long as I can remember. I love Seattle’s beauty, authenticity and culture – the city’s potential is limitless. I am beyond thrilled to be a part of this great city’s leadership.”

Blount-Canavan’s experience in the meetings and conventions space is in high demand as Visit Seattle is poised to make waves in the industry. Following a rebrand, the Washington State Convention Center will become the Seattle Convention Center starting the week of April 18. The $1.9 billion addition, Summit, is under construction and slated to open in January 2023, doubling its capacity.

“I was excited to learn that Tammy Blount-Canavan has been chosen to succeed Tom Norwalk as the new President and CEO,” says Don Welsh, President and CEO of Destinations International. “Tammy is an experienced and passionate leader who is very familiar with the Seattle region and its many offerings for leisure visitors, meetings and conventions and business travelers.”

She replaces Tom Norwalk, who served as Visit Seattle’s President and CEO for 15 years. Under Norwalk’s leadership, Seattle set all-time records for tourism visitation and spending. He recently oversaw an effort to increase the Seattle Tourism Improvement Area (STIA) assessment, which was passed unanimously by Seattle City Council and signed by Seattle Mayor Bruce Harrell in March 2022. The increased assessment will allow Visit Seattle to competitively promote leisure travel during a critical recovery phase.

“I am so happy for Tammy, our Visit Seattle team and our incredible city,” says Tom Norwalk, former President & CEO, Visit Seattle. “I have so enjoyed working with Tammy over the years – in forming the Washington Tourism Alliance – or, on the streets of Shanghai representing and promoting our region to key clients and media in China. I have witnessed firsthand, that she knows and loves this city and region.”

“With the announcement of Tammy Blount-Canavan, Visit Seattle is about to continue its well-earned, long-standing reputation as having the cleverest and widely respected CEOs in the DMO world when it comes to working with clients—be they convention decision makers, tour operators, cruise companies, individual visitors or the community itself,” says Rick Antonson, former President and CEO of Tourism Vancouver. “Bravo Seattle.”

Blount-Canavan enjoys walking, hiking, travel and family—along with a good spy novel—during her free time. While she enjoys Seattle’s iconic locations like Pike Place Market and the Space Needle, her favorite spot to take people on a clear day is Kerry Park, for its spectacular views of the skyline. Tammy and husband Patrick Canavan are eager to establish their home in Seattle and excited to join the community.