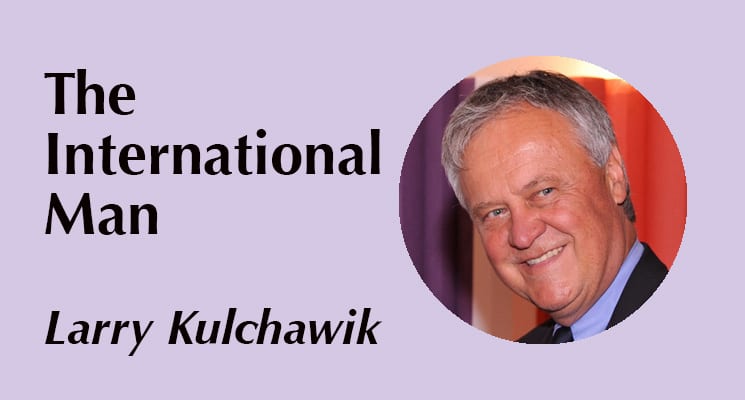 In North America, the convention and meeting industry is said to generate nearly $100 billion to the US economy- ranked #22 in contribution to the U.S. GNP. Other than the revenue it generates, growth in the expo industry is also measured by three other factors: space occupied, number of exhibitors, and number of attendees. This was nicely tracked for years by Trade Show Week in the U.S. With a growing global economy, the expo industry is now best measured as a world marketplace. The market is growing larger, and the world is growing smaller. The trade winds are shifting, with new venues and facility expansions growing each year.

A recent survey, The World Map of Exposition V 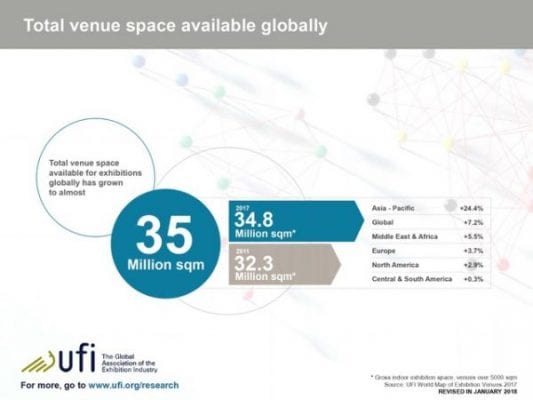 enues, conducted by UFI, the Global Association of the Exposition Industry (www.ufi.org) stated that each of the world regions projected positive growth for meetings and trade shows for 2018. The study stated that the number of venues worldwide from 2011-2017 grew 1.4 percent and available space grew by 7.7 percent.

Venue investments are long-term investments–so these trends underline the positive outlook for the exhibition industry mid- to long-term. In addition to adding new space, many venue operators have also made significant investments to upgrade their existing venue services and capacities. Long term investments of this nature are not made in haste unless they believe that a return is clearly in sight down the road.

The UFI study measures the top venues, breaking down size in three parts- Large (over 100,000 square meters), Medium (20,000-100,000 sqm), and Small (5000-20,000 sqm) in size. “Top” venues (100,000 sqm or larger), in the context of this UFI report, are considered as the largest venues in the countries with the most exhibition space and bears no relation to the quality of that space. In the end, what really matters are the sales generated for the companies investing in a trade show. 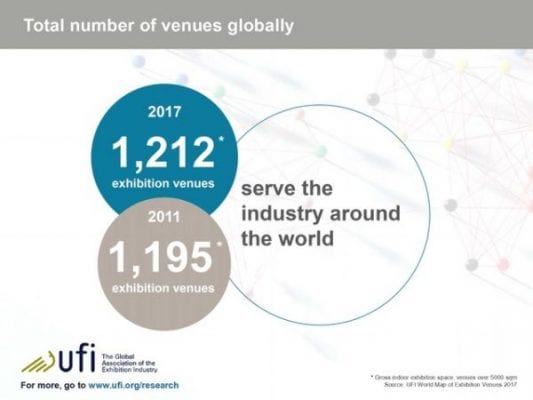 All regions, except Central and South America, where several venues are no longer operational, have significantly overall increased their capacity since 2011. This is particularly true for Asia-Pacific (+24.4 percent), leading to the only region increasing its share of the global market (+3.2 percent).

Europe is home to the most exhibition space globally (15.8 million sqm), and Asia-Pacific now offers more exhibition venue space than North America (8.22 and 8.17 million sqm respectively). Regarding the number of venues, Europe also is home to the biggest number of venues (496), followed by North America (394) and Asia-Pacific (203) respectively.

Larry Kulchawik, is the head of Larry Kulchwawik Consulting and author of “Trade Shows from One Country to the Next.” For more info, visit www.larrykulchawik.com