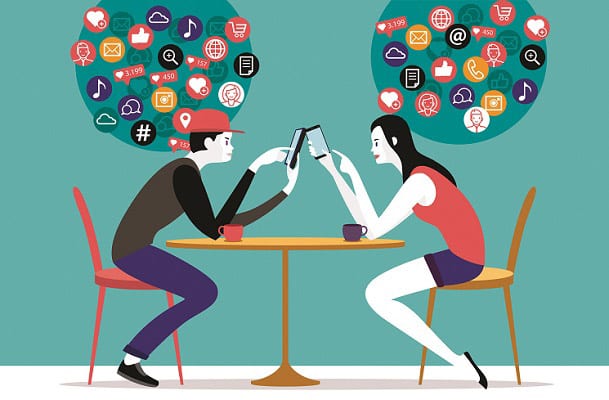 For exhibition managers, change is a constant in terms of the tradeshow environment, with evolving technology, economic factors and design trends upending the status quo on the show floor from one year, even one show, to the next. Analysts call it disruption and say it can usually be traced to external forces such as new innovation or shifting economic stability that affects a population. But for the first time, researchers say, one of the greatest disruptions facing the exhibition industry is the population itself. The reason? The millennial generation now outnumbers everyone else in the exhibit hall, bringing with it a distinctly different way of doing business when compared to years past.

According to research by the Pew Research Center, millennials–loosely defined as those born between 1981 and 1996–overtook baby boomers in 2016 to become the predominant age group in the work force, and their numbers have multiplied exponentially each year since. In a report published by the Center for Exhibition Industry Research (CEIR), Barry Siskind, president of International Training and Management, says that tradeshow marketers who don’t adjust their tactics to conform to the preferences of this new wave of business professionals stand to lose greatly, as millennials have entirely different motivators and will not respond to the things that brought marketing success with the generations that came before.

Since millennials entered the workforce, CEIR has been studying their preferences, particularly the ways in which they depart from the Gen Xers and Baby Boomers. It found that while boomers self-identify as career driven, brand loyal, motivated by meetings and dialogue, and often defined by their work, millennials do not generally identify strongly with any of those traits. Rather, they are more likely to prize idealism, big dreams and things that energize them personally and professionally, as well as authenticity in brands and the people representing them.

Siskind’s report, titled “It’s Not Your Father’s or Mother’s Tradeshow Anymore–Engage With Caution” says that successful engagement with boomers often includes trying to impress them with a product’s history and the relationship it has with other companies. Instead, he notes, a millennial buyer walking the show floor is more likely to be looking for inspiration and shared values with companies it considers doing business with. As such, a story about corporate success will not resonate with a millennial attendee in the same way that a story about corporate charity will, and a faceless company persona will never promote attendee engagement the way a personal interaction with a company representative does.

In fact, CEIR studies find that millennials are hyper-sensitive to the reception they receive from booth staff, Siskind writes in his report, with the majority saying they look for exhibitors who are friendly and welcoming when deciding which booths to explore. They also prefer games, interactive product displays  and selfie-worthy situations, and they respond most favorably to companies that have a savvy social media presence.

However, even with millennials dominating the show floor and this research illuminating their preferences, studies by CEIR are finding a disconnect between the things attendees are drawn to and the things exhibitors are doing to attract them. For example, according to CEIR’s “Attendee Floor Engagement Study Part One,” 67 percent of attendees like educational games, but only 7 percent of exhibitors provide them. Also, 78 percent of attendees like interactive product displays while just 43 percent use them, and 65 percent respond favorably to celebrities holding booth hours though only 5 percent of exhibitors arrange that as a draw. There is also a chasm in social media efforts, with millennials reporting an affinity for brands that interact with them via digital means while comparatively few exhibitors actually do so.  Siskind believes it points to a degree of skepticism among exhibiting professionals about the need to change engagement tactics, though he notes that a failure to do so can doom even the largest exhibiting programs.

Experts at the American Marketing Association say that, in part, the reason extra effort to engage in a personal way on the show floor is needed is because tech savvy millennials are more likely to research products and companies online, talk to their peers about them and make buying decisions based on reviews and influencers rather than company sales presentations. As such, time spent on the show floor is often geared more at building relationships than gaining product knowledge for millennials, and companies that don’t offer an interpersonal element are likely to be passed by.

Jillian Tempestini, a social media expert for Nimlok, says efforts to create that relationship should begin pre-show with posts about the exhibit and special activities, contests or giveaways that will happen there. Also, she says, exhibitors need to incorporate the show’s official hashtag into any social media posting and they should monitor the hashtag to see what other exhibitors are doing and what attendees are saying. “Once your brand has established a presence within the hashtag,” Tempestini explains, “it’ll be easy to join the conversation and reach out to attendees on an individual basis.”

She adds that exhibit managers would do well to encourage everyone on the team to get involved with social media posts during the show as it helps a company create personal inroads to attendees who prefer human interaction over corporate posts. Keeping that in mind, she says, those doing the posting would be wise to keep sales pitches to a minimum in the social media space. “Lifeless messages with no emotion sent over and over again, or the same message used to respond to multiple people are a big no-no,” says Tempestini. “Instead, sound like the human you are. For instance, include opinions (that reflect brand identity) on shared content, post live videos of booth activities and reach out to followers on a personal level.”

While attendees can be quick to unfollow accounts they find overly spammy or focused on a sales pitch, they can be just as quick to cleave to brands that demonstrate a human element through social media channels, Tempestini says. “Show your fun side by sharing the non-business part of exhibiting,” she says. “If you’re attending events, award ceremonies or even team dinners associated with the show, share a few photos here and there. Showing your fun side will help attendees relate to your brand on a more personal level.”

Aside from being human, Tempestini also encourages those in charge of posting on social media to be helpful. “Whether it’s info about an industry topic or practical advice during the show, being useful will make you a trusted resource,” she says. “Think outside of the box to provide information attendees are looking for like show tips for newbies, advice on where to eat in the area or activities for those arriving early or staying late.” Posting “best-of” notes, quotes and statistics from educational sessions can be perceived well too, she says, as can the sharing of original content like blog posts from within the company.

Those interpersonal relationships can be deepened in a booth, Siskind’s report suggests, when staffers remember that they are trying to engage attendees rather than sell them something, because, as the American Marketing Association simply puts it, millennials just do not want to be sold to. They want relationships, authenticity and a brand they can believe in, not to mention having people be sincerely welcoming to them–without trying to sell something to them–when they pass by.

That approach may present something of a conundrum for exhibitors who need to sell to survive. The key to success, the AMA says, is to accept that the incoming generation of millennial buyers is different and to reinvent the selling model to accommodate it. According to Siskind, leading questions that encourage an attendee to talk, curiosity about an attendee’s needs and good listening skills can promote an exchange that millennials will value. When paired with a humanized social media presence and something interactive in a display to intrigue them, an exhibitor may find that the soft-sell indeed serves them well when trying to foster the relationships that millennials crave.