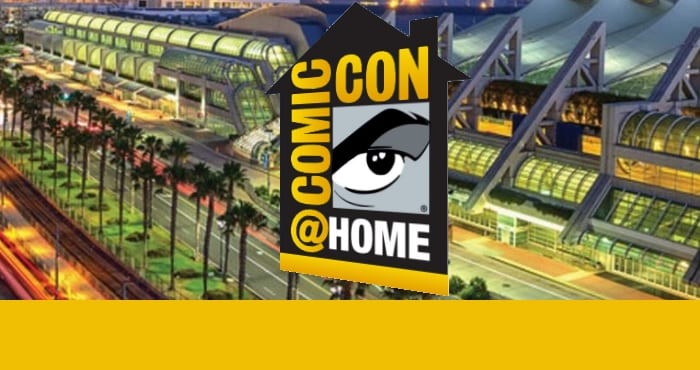 Exhibit City News welcomes a new weekly online column, The Tradeshow Times by Willwork’s Bob McGlincy, who promises to alternate between tradeshows today, tomorrow and yesterday. He began his series with a tradeshow from yesteryear—the first modern tradeshow which opened in London in 1851 (visit our website and use the search magnifying glass to search by Bob’s name or column name to read it). Below is an excerpt of his column about tradeshows today, with case studies of tradeshows going virtual and hybrid.

Since the start of the pandemic, a record number of 2020 tradeshows postponed or cancelled their events. Some pivoted to a virtual platform.

While more common than ever before, virtual and digital shows are not a new phenomenon in the convention industry. In the mid-1990s, some medical shows were broadcasting live operations to meeting rooms in the convention center, and in some cases, broadcasting to hospitals and other venues elsewhere in the country. COMDEX held virtual shows for three years, starting in 2010—the same year Willwork produced its first virtual event.

Virtual shows are not new; however, the number of shows going virtual is new.

Below are case studies of three shows that went virtual in the summer of 2020, each with differing results.

Case Study: InfoComm is “the largest professional audiovisual tradeshow in North America.” In 2019, it was the 28th largest tradeshow in the U.S., with 534,339 net sq.ft. of exhibit space; the show attracted 927 exhibitors and 43,230 attendees. The 2020 show was scheduled for June 13-19 in Las Vegas. By March 1, the show was “poised for a successful event,” according to Rochelle Richardson, senior vice president, exposition & event services, AVIXA Infocomm. At that time, the exhibit floor was 94 percent sold (and this was with an expanded floor plan); attendee pre-registration already exceeded 44,000; and sponsorship sales were at 115 percent of the previous year. By March 30, the show was officially canceled (not postponed) and notices were posted online.

On April 13, InfoComm 2020 Connected was announced, and the show pivoted quickly to a virtual event. In mid-June, there were 23,408 people registered; 41 percent were international (almost 1,100 more international registrants than in the previous tear); the event had more than 70 sessions, and showed a 38 percent net revenue, after expenses. While there were fewer attendees overall, InfoComm kept the brand alive, increased the number of international attendees and made a profit.

Case Study: Comic-Con was founded in 1970. In 2013, Forbes wrote, the show is “the largest of its kind in the world,” and Publisher’s Weekly declared the San Diego Comic-Con to be “the largest show in North America.” While paid attendance numbers are not published, the crowd was estimated to be more than 130,000 in 2010, and approximately 167,000 in 2015. The 2019 show had 739 exhibitors, with crowds said to be similar to previous years. The 2020 show was scheduled for the end of July in San Diego, but due to the coronavirus, it was switched to a virtual event, called Comic-Con at Home.

How did this event fare? Not very well, according to an article in Variety on July 27, 2020, written by Adam Vary. The title, “Why Comic-Con at Home Was a Bust,” sounds fairly damning. The opening line, “Does a convention make any noise if no one is there to talk about it?” reflects the author’s reasoning. The article went on to add that tweets were down 95 percent from the live show in 2019: “93,682 tweets over the five-day event, against 1,719,000 tweets in 2019.” Vary concluded his article with these words, “But if Comic-Con@Home achieved anything, it was revealing the abiding truth that there is no substitute for the live experience.”
Comic-Con International is scheduled to return to the San Diego Convention Center as a live event, July 22-25, 2021.

Because of the unprecedented COVID-19 pandemic, the American Association of Cosmetology was forced to cancel two live events: their annual convention, and their Career Educators Alliance conference. The events are attended by members looking to gain continuing education credits, to view the show floor, to learn about new products and techniques and, of course, to network with fellow AACS members. With more than 50 exhibiting and sponsor companies, the exhibit hall showcases the best of what the partners have to offer. These events generate income necessary to support the organization throughout the year. With the live events canceled, AACS needed to find an alternative way to hold these meetings.

THE SOLUTION
AACS selected Willwork’s proprietary digital event platform in order to continue to host these two annual events in 2020. The virtual event made it possible to serve the needs of its members, (including the exhibiting and sponsor partners), while at the same time providing a way to generate income to support the overall organization.

THE RESULT
The three-day event was very successful. More than 40 sessions were live-streamed to attendees who earned CEU credits for participating. In the exhibit hall, 30+ exhibitors showcased their product and services with videos and collateral and connected with attendees via live chat and pre-scheduled video meetings all right from their booth. Attendees could also connect with one another by chatting in the Networking Lounge.

Virtual versus Live: There are benefits to virtual shows: they are easy for the end user and there can be a significant cost savings. Virtual shows can be great for training sessions, but fall short when it comes to networking, personal interaction and product comparison, unless customized solutions are utilized. Virtual or digital components can enhance a live event and reach an expanded audience. Live events keep people stimulated and engaged. There is no question that many future shows can benefit from including virtual components and becoming a hybrid event. But like any type of event, some virtual shows will work better than others; and some will be more profitable than others. The same goes for live events.

Hybrid Events: Hybrid events are nothing new. We have been experiencing them for decades, although not so much in the convention community. Any major sporting event is a hybrid event, combining both live and remote audiences.

The Masters is reputed to be the toughest ticket to acquire in all of sports. Masters Week brings about 250,000 people to Augusta every year, with about 40,000 on the course on the final day; and on that final day, almost 11 million comfortably watch this event remotely. This year was different, of course. There were no spectators on the golf course in 2020, and the television audience was only 5.59 million—the lowest number since 1957.

Perhaps the best example of a hybrid event is the Super Bowl. It certainly has the largest audiences. Last year the TV viewership was just under 100 million, with a live audience of 62,417. Super Bowl XLVIII in 2014 had an attendance of 82,529, and according to Nielsen, had an average live viewership of 111.5 million people (with a total of 167 million viewers). The 2011 Super Bowl had the largest live audience of 103,219, and an average of 111 million TV viewers.

In some ways, the goals for conventions and sports are similar: engage an audience, improve brand awareness and make money. The goals for virtual, live and hybrid events should be the same.

In 2021, there will be more virtual events, and an even greater number of hybrid events, as many live events will include additional digital components. Many show managers have limited experience in creating virtual events, and will need an expert familiar with the technology, as well as the knowledge and ability to engage the audience.

As the industry changes, the choice for a knowledgeable and experienced service partner will become even more critical.