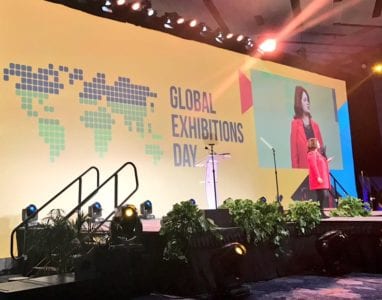 According to research conducted by UFI, the Global Association of the Exhibition Industry, more than half of the exhibition-related companies surveyed in the United States believe recent political events will have a negative impact on upcoming business dealings, and industry officials are urging them to leverage that concern into activism on the matter.

The survey was part of UFI’s twice-yearly barometer of the global exhibition marketplace that taps show organizers around the world for feedback about recent performance and future expectations. For the first time, the survey asked respondents for their take on the effect world politics may have on the industry. The outcome of the U.S. presidential election, the “Brexit” vote in the United Kingdom, and the failed coup in Turkey were included as political examples were. Fifty-four percent of U.S. companies said they expect at least some negative impact, an opinion bested worldwide only by Mexico at a rate of 60 percent.

Citing those results in a press release, UFI officials took a stand on the U.S.’s recent politics, particularly regarding efforts by the Trump administration to ban visitors from certain regions of the world, and it urged those concerned to begin preparing to make a strong statement in June when the industry celebrates its second Global Exhibitions Day. “International exhibitions rely on the free exchange of goods and ideas, and on business people from all around the world having access to these unique marketplaces,” said Dr. Andreas Gruchow, UFI president. “Most leading exhibition markets aim to become ever more international to serve these needs, and to grow as businesses. As countless impact studies show, this growth hugely benefits local, regional, and national economies, who benefit from the direct business that exhibitors and attendees bring to town. Exhibitions are not only good businesses – they are also an enormous catalyst for economic growth.”

Dr. Gruchow continues: “As the Global Association of the Exhibition Industry, UFI is always promoting free exchange of ideas and travel for mutual benefit. As an industry, we are representing billions of USD in direct and indirect economic investments. We call upon associations and businesses in our industry to also make their voices heard on this matter, and we stand ready to support them through activities like ‘Global Exhibitions Day’ on June 7.”

Global Exhibitions Day takes place on the same day of and is modeled after a U.S. initiative by a group calling themselves Exhibitions Mean Business. Organizers mobilized industry professionals nationwide to convene in Washington, D.C., for an Exhibitions Day in order to raise awareness among legislators about the importance of the meeting and event industry.