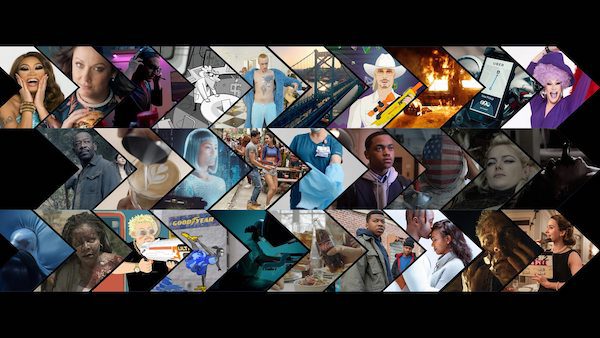 Alkemy X, the global entertainment and media powerhouse with hands in top Emmy-nominated and winning titles such as “Fear of the Walking Dead” and “The Marvelous Mrs. Maisel,” celebrates 40 years of its evolution into a dynamic industry leader in entertainment, advertising and marketing. Starting in April 1981 as a scrappy production and post house run out of a garage in the suburbs of Philadelphia, its team of more than 500 is now spread across its studios in the city as well as New York, Los Angeles and Amsterdam. Alkemy X has embraced the new landscape of remote work as it continues to expand with more than 10 new hires spread across the company’s design and post production and live action teams. The growth also includes an increased presence in Los Angeles as well as Singapore, Vancouver and Toronto.

To celebrate this milestone, Alkemy X has temporarily rebranded back to a 1981 version of itself in a re-imagining of its launch. The campaign includes a temporary throwback to the 1980s logo, a website reskin, a host of social posts and as a campaign centerpiece, a 3-minute anthem film viewed HERE.

Alkemy X has navigated the media landscape to align emerging technologies with new audience trends. Just a few short years after launching, the company was involved in the production of MTV’s “Live Aid” in 1985. The star-studded benefit concert swept the globe, taking in an unprecedented international audience estimated by some at 40 percent of the world population. Since, the company has continued to build momentum, adding key service offerings, including original content development and production, design, animation and visual effects, expanding into new markets and continuing to grow its team of talented showrunners, producers, directors, creative directors, writers, editors, artists and animators.

Emerging from a year filled with pandemic challenges, Alkemy X has reframed the crisis as an opportunity to reposition and reinforce its core competencies. Its live action production team wrote the book on how to safely complete productions during the pandemic, successfully producing more than 60 branded projects in the past year, including two Super Bowl commercials. The VFX division continues to craft dynamic sequences for top series including “Fear The Walking Dead” and “Power Book III: Raising Kanan,” as well as the highly anticipated Sopranos prequel “The Many Saints of Newark” for Warner Bros and HBO Max. In the past year, the Post Production division collaborated with longtime clients 4C Partners and Truxton Creative, on the successful Biden Presidential Campaign featured in Adweek.

Recently, the company adapted its production, original development and post production strategies to respond to drastically altered parameters spurred by the pandemic. With newfound footholds in key global markets, the Emmy-nominated global independent media company is eager to leverage its experience and team of innovative, creative industry aficionados to lean into shifting viewer trends. The boom in streaming entertainment opens up a fresh world of possibilities for exciting new original titles to follow up on the success of its reality series “Dragnificent!,” which is now streaming on Hulu and Discovery+ after a successful first season on TLC, as well as “Restaurant: Impossible” on Food Network, “Unique Rides” on Velocity and “The 212” on Fuse.

Capitalizing on a boom in brand transparency, Alkemy X continues to be tapped by major brands, including Samsung, BMW, Comcast and Google, all seeking the company’s proven, award-winning expertise in branded entertainment. This flurry of brand interest comes on the heels of Alkemy X‘ Emmy-nominated documentary series “Sincerely, Patience” for the Philadelphia Eagles.