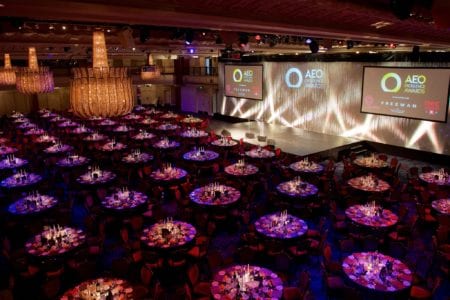 Adopting the philosophy that they are stronger together, the Society of Independent Show Organizers and the Association of Event Organizers have joined forces to collaborate under a new umbrella they have dubbed the Independent Organizers Network. While each organization will retain its own identity, the overarching network creates a reciprocal environment in which the groups will share information and otherwise facilitate participation in each other’s events.

The agreement came about after a meeting of organizers convened in Miami in April to discuss the industry and how their associations could make it stronger. The consensus was that creating a forum where global for-profit organizers could share experiences, opportunities, and challenges would strengthen individual members and the industry alike. Included in the network will be reciprocal information sharing as well as discounts to encourage cross-attendance in events conducted by each association.

Chris Skeith, chief executive of AEO says: “SISO is a much respected organization with similar objectives to AEO, and we share many members who have common interests and challenges. The partnership with SISO will see us further extend collaborations with other associations throughout the world to help us deliver more value to our members.”

David Audrain, executive director of SISO, adds: “A third of SISO members operate outside the United States on a global scale alongside half of the AEO’s membership that organize events outside of the United Kingdom. This partnership will see the very best organizers in the world sharing experiences to help shape best practice and improve exhibitor experiences which will help grow the industry overall.

Officials say ION will formally meet twice a year, with the first of those meetings scheduled for SISO’s CEO Summit and the second yet to be scheduled. The groups also intend to create a virtual network to facilitate communication among members throughout the year.