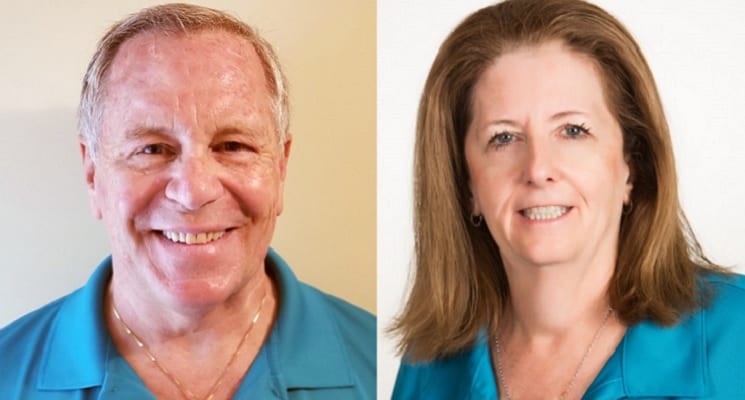 Eagle Management Group is pleased to announce that Brian Fischer will be serving as the new city manager of Miami and Kerry Kieper is retiring after 20 years with the company.

Fischer first started with Eagle in 1987 as the city manager of the Baltimore/ D.C. region. Since then he has served in many different roles such as project manager and West Coast regional manager. Due to his positive demeanor and nonstop work ethic he has had many opportunities throughout his time with Eagle Management Group. He moved to Florida in 1999 and his vast and varied background makes him an ideal fit for the role of city manager.

“Brian has proven his ability to excel no matter the circumstances,” says David Holloway, EMG president. “Not many folks in this industry can tout the extensive experience he has. He is hard working with an eye for detail which makes him a valuable part of our team that our clients always appreciate.”

Kieper first started as a show-site customer service representative where she was able to develop strong interpersonal skills, learn the area’s venues and familiarize herself with the various unions needed to run a successful tradeshow in the Chicago area. Her exceptional work ethic allowed her to thrive in her position as assistant city manager and led to her promotion to Chicago city manager in 2011. In this role she was been able to continuously improve upon company procedures and deliver exceptional service to Eagle’s Clients.

“Kerry is leaving behind big shoes to be filled in the city of Chicago,” says EMG president Holloway. “She was extremely dedicated to her craft and always looked for ways to go above and beyond. Even more impressive is the positive attitude she approached all obstacles with. She will be missed but is leaving behind a talented team that she has helped train over the past two decades.”

For the past year and a half Kerry has worked closely with Robert Lawlor, a veteran city manager himself, familiarizing Lawlor  with all things Eagle including their Chicago crew members. Lawlor brought several lead men to join their Chicago crew making it one of the strongest teams in the country. Working alongside of Lawlor on a day-to-day basis, Kieper leaves Eagle in the most capable of hands, according to Holloway.