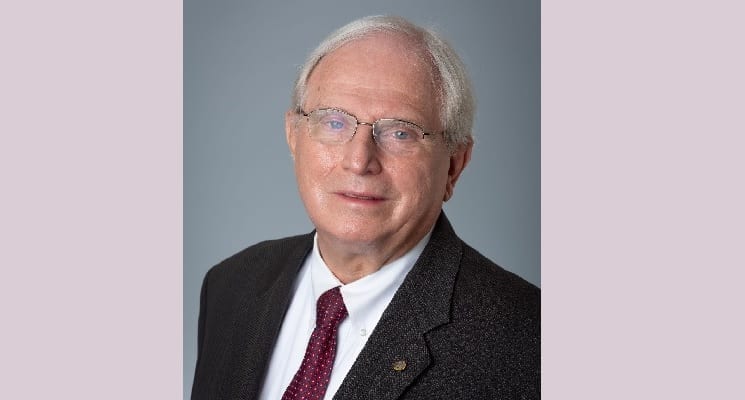 Plus Three New Members of the Board of Governors Announced

Effective July 1, Bryan Erler, P.E., will begin his term as the 139th president of the American Society of Mechanical Engineers, the Society announced during its virtual annual meeting.

An active member of ASME since 1991, Erler has been an executive and expert in the nuclear power industry for more than 45 years with significant leadership roles and responsibilities in the designing of electric power plants as an owner and senior vice president of Sargent & Lundy. He is the recently retired president of Erler Engineering, Ltd., where he served as a consultant to the power industry.

Erler has held a number of leadership positions with ASME including as a member of the Society’s Board of Governors, as a member of several ASME codes and standards committees, including as vice president of ASME’s Nuclear Codes & Standards and past chair of the Board of Nuclear Codes and Standards, and as chair of ASME’s Boiler & Pressure Vessel Section III Division 2. He also served as the Society’s secretary/treasurer.

“It’s the honor of my career to be able serve you as ASME president in what will surely be an exciting and extraordinary year. I am confident that together, we will turn a time of unprecedented challenge into one of unmatched opportunity,” said Erler during his inaugural remarks. Outgoing president, Richard Laudenat, P.E., expressed his thanks to the Board of Governors and ASME Executive Director/CEO Tom Costabile for their support throughout the past year, while acknowledging the unique challenges brought on by the COVID-19 pandemic. “As always, our collaboration, passion and devotion to ASME are what make this organization so robust, and in these times, so resilient,” said Laudenat.

During the same event, Mahantesh Hiremath (pictured left), Ph.D., P.E. was introduced as ASME’s president-nominee for the 2021-2022 term. Dr. Hiremath, an ASME Fellow, has been an active member of ASME since 1997. He served as a member of the ASME Board of Governors from 2015-19. With a distinguished career spanning more than 30 years, he is one of only a few engineers in the world to have designed and engineered systems in four different environments—deep underground, off-shore, on-ground and in space.

In addition to Erler and Hiremath, three new members of the ASME Board of Governors also will begin their terms on July 1, and serve through June 30, 2023.

Andrew Bicos (pictured right), Ph.D., a member of ASME for more than 25 years, is an independent consultant, recently retired from The Boeing Company after more than 31 years. At Boeing, he worked in executive management in the R&D organization where he served as director of systems engineering and previously as chief engineer of the aeromechanics research group and director of flight sciences technology strategy.

Richard Marboe (pictured left), Ph.D., a member of ASME since 1982, is the recently retired director of engineering services at the Applied Research Laboratory of The Pennsylvania State University. He has been responsible for facilities, design and fabrication, public release, export compliance, and safety. His research has included propulsor design, two-phase flow acoustics, turbomachinery noise, and hull flow-induced noise. He has held leadership positions at ASME for the past 25 years.

Paul Stevenson (pictured right) is executive vice president of McCormick Stevenson Corporation in Clearwater, Fla., an engineering services provider serving government and industry clients developing systems for the U.S. Department of Defense. He has been an active member of ASME since 2001. He received a Distinguished Service Award from ASME in 2019 and was the Florida West Coast Section’s “Engineer of the Year” in 2009.

ASME helps the global engineering community develop solutions to real world challenges. Founded in 1880 as the American Society of Mechanical Engineers, ASME is a not-for-profit professional organization that enables collaboration, knowledge sharing and skill development across all engineering disciplines, while promoting the vital role of the engineer in society. ASME codes and standards, publications, conferences, continuing education and professional development programs provide a foundation for advancing technical knowledge and a safer world. For more info, visit asme.org. For more info on the ASME Board of Governors, visit www.asme.org/about-asme/governance.