DreamHack Re-partners with The Trade Group for 2017 U.S. eSports Events 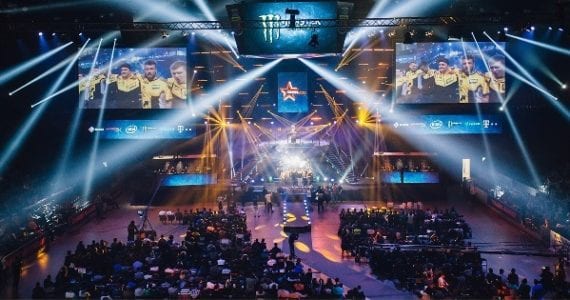 Following its first-time partnership with DreamHack for the eSports organizer’s inaugural U.S.-based event in Austin last year, The Trade Group will be supporting DreamHack April 28-30 to kick off the 2017 North American events in Austin, Tex.

According to The Trade Group’s VP of Business Development Neeshu Hajra, “After a successful run as producer and general contractor for DreamHack’s 2016 Austin event, it was a natural choice for DreamHack to partner with The Trade Group once again for its 2017 events.”

From Austin, DreamHack and The Trade Group will head to Atlanta, Georgia, July 21-23, then move on to Denver, Colorado, October 20-22.

As the official producer and general contractor for DreamHack in Austin, Atlanta and Denver, The Trade Group will be playing the same role it did in Austin last year. Duties include producing the entire show, managing labor, logistical and exhibitor services as well as the design and installation of DreamHack’s eSports stages.

Hajra and the rest of The Trade Group team are excited to re-partner with DreamHack and take on the two new events in Atlanta and Denver. “We are grateful to be affiliated with such a distinguished eSports organizer as DreamHack and look forward to continuing our partnership in the future,” Hajra says.