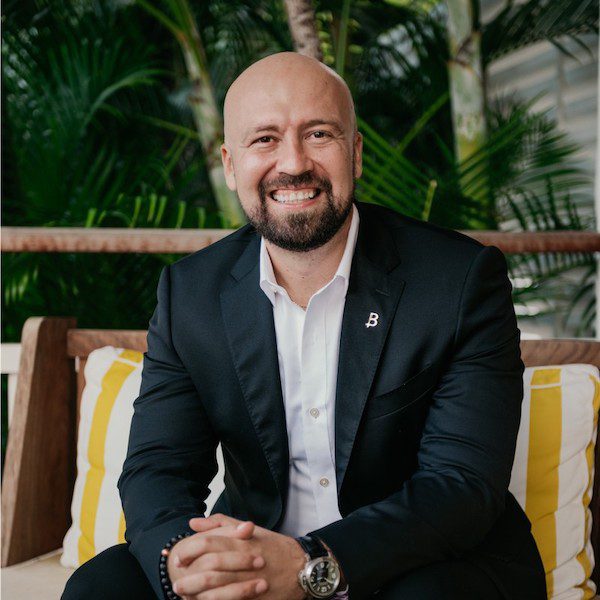 Hôtel Barrière Le Carl Gustaf St. Barth is pleased to announce the appointment of Andrei Mocanu as the new general manager of the boutique hotel. In his role, Andrei will oversee every aspect of the luxurious property and its day-to-day operations including the 21 suites and bungalows, famed Fouquet’s restaurant, and Spa Diane Barrière. Andrei is joining Le Carl Gustaf after an incredibly successful first year and will work closely with the hotel’s expert food and beverage, sales, and operations teams to ensure the breathtaking property has an even more triumphant second year.

Andrei Mocanu brings over 12 years of managerial experience in the luxury hospitality industry to his new role at the Barrière property. He previously served as the general manager of the Golden Rock Nevis Inn, the 40-acre St. Kitts and Nevis hotel which is owned by artists Helen and Brice Marden, for four years. He had the unique opportunity to co-manage alongside his wife, Antonia Hornung. Andrei also spent three years as the General Manager of Guana Island, the private jewel of the British Virgin Islands. He also served as vice chairman of the Board of Directors at the Nevis Tourism Authority, director of Front Office at Fairmont Hotels & Resorts Canada, front office & reservations manager at Canouan Estate Villas & Residences, rooms division manager at Cotton House Mustique Island, and guest services manager and Night Manager at Hotel Le– St James.

“I am honored to join the Hôtel Barrière Le Carl Gustaf family,” says Andrei Mocanu. “It is such a special property that is ideal for any type of traveler and I am really looking forward to bringing my extensive hospitality experience and my passion to the property. I will work closely with the talented team to continuously showcase why the hotel is the go-to destination in St. Barth.”

Opened in October 2020, the five-star hotel features just 21 rooms and is the only property that offers panoramic views of Gustavia, the island’s capital. The hotel is home to the renowned Fouquet’s restaurant, which has made the journey from Paris to offer guests a dynamic menu of French-Caribbean cuisine created by three-star Michelin Chef Pierre Gagnaire. Le Carl Gustaf also features Spa Diane Barrière and access to Shellona Restaurant located on Shell Beach.

Hôtel Barrière Le Carl Gustaf opened in St. Barth in October 2020 and is set amid tropical elegance that creates an ambience of wellbeing and relaxation. The five-star hotel features 21 luxurious rooms, suites and bungalows, including a Penthouse Suite, and the breathtaking Villa Diane that offers five bedrooms, two private terraces, an infinity pool, and can accommodate up to 12 people. The hotel was designed and decorated by French interior designers Gilles & Boissier. It is the only hotel on the island boasting panoramic views of the port of Gustavia. Le Carl Gustaf features renowned Fouquet’s restaurant, Fouquet’s Bar, Shellona Restaurant located on the idyllic Shell Beach, Spa Diane Barrière featuring products from Biologique Recherche as well as various activities such as aquabiking, pilates and yoga. The hotel is close to key attractions including the lively port featuring shopping, and the natural sea pools of Grand Fond and Petit-Cul de Sac.