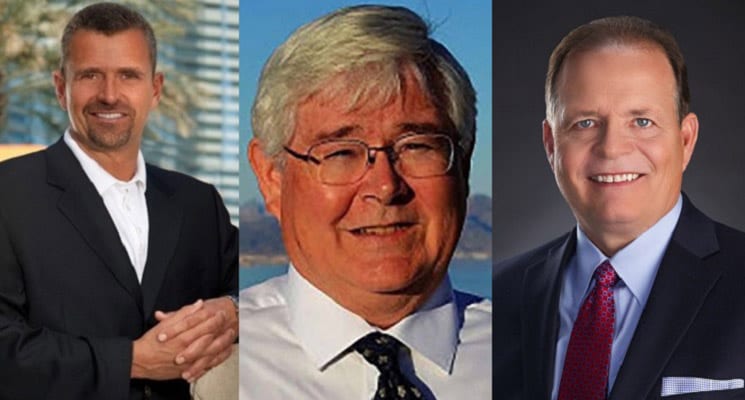 “Our newest board members embody the spirit of Southern Nevada’s thriving tourism industry and bring additional talent, expertise and energy to the effective team in place,” says LVCVA Chairman and Clark County Commissioner Larry Brown. “We will continue to strengthen our region’s main economic driver and the Southern Nevada community overall.”

A native of Boulder City, McManus was elected as Boulder City Mayor in 2019, became a member of the Boulder City Council in 2017 and has worked to bring transparency to the city government ensuring the finances are sound.

Thompson, a 35-year veteran of Boyd Gaming, currently has oversight of the corporation’s 12 Nevada casino properties.

Together, the seasoned LVCVA board directors will continue the mission of driving innovation, mobility in and around the destination and marketing to the next generation of visitors. Championing the destination’s continuous evolution is their focus along with maintaining Southern Nevada’s edge as the world’s top leisure and business traveler destination while elevating the visitor experience and the quality of life for Southern Nevadans.

The Las Vegas Convention and Visitors Authority is charged with marketing Southern Nevada as a tourism and convention destination worldwide, and also with operating the Las Vegas Convention Center. With nearly 150,000 hotel rooms in Las Vegas alone and more than 11 million square feet of meeting and exhibit space citywide, the LVCVA’s mission centers on attracting ever increasing numbers of leisure and business visitors to the area. Download the virtual reality app, Vegas VR, to experience Las Vegas from your iPhone or Android by visiting http://www.vrtv.vegas/. For more info, visit www.lvcva.com or www.visitlasvegas.com.