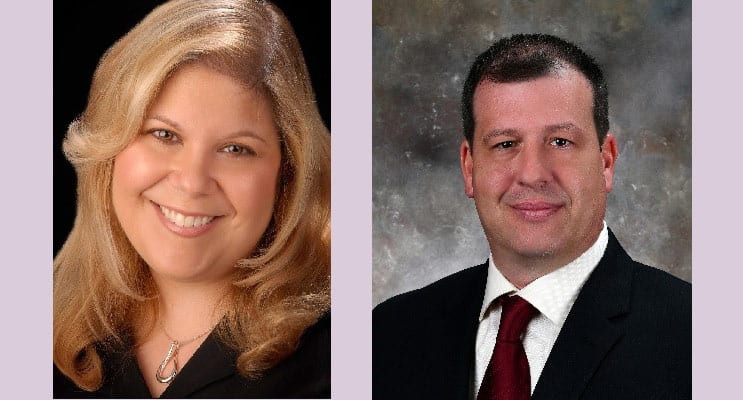 Mortillaro is a 16-year veteran of the convention center, having previously served for 12 years as the communications manager, and for four years as a communications specialist. In her new role, she will helm the Creative Services Unit and oversee the planning, development, design, and production of all marketing strategies for internal and external customers. She will play a key role in developing marketing and communications strategies as the MCCNO continues with a $557 million improvement plan for a mixed-use upriver development, pedestrian park, transportation center, plus interior and exterior building upgrades. A new headquarters hotel is also planned for the development area.

In his new role, Maleig will ensure the efficient operation of MCCNO through systematic approaches to maintenance and operations. He will directly supervise both corrective and preventative maintenance planning, as well as the coordination and administration of various capitol construction projects, including the oversight of bid contracts, purchase agreements, and inspections.

Maleig first joined the ranks of MCCNO in March of 2000 as an equipment mechanic. In that position, he serviced important fixtures in the HVAC and food service systems. After five years, Maleig left to establish his own construction company where he used his skills to provide air conditioning and electrical installation and service to his customers.

Maleig rejoined MCCNO in August 2009 as the building’s HVAC foreman where he was responsible for the development and implementation of an LEED compliant, cost effective air filtration program, which saved the convention center more than $200,000 annually. After three years at that post, Maleig was promoted to HVAC and kitchen manager, where he worked with partners like Centerplate to maintain critical air conditioning, food service, and refrigeration equipment serviced, even during the regularly scheduled shows that the MCCNO facilitates.

A highly skilled and proven tradesman, Maleig used his knowledge of convention center operations to succeed in his next role as building operations manager. In that position, he developed comprehensive budgets, prioritized high-value projects, and led a five-department team comprised of 90 employees tasked with keeping the MCCNO operating at full capacity. That experience will prove vital in his new role as director of facility management.

“I know that with Kris’s industry background and expertise in operations and maintenance, we will cement ourselves as one of the most-efficient, well-maintained and quality-driven facilities in the world,” says Adam Straight, vice president of operations for the MCCNO. “I look forward to supporting our future together.”

With 1.1 million square feet of prime exhibit space, in an entirely contiguous hall, the New Orleans Ernest N. Morial Convention Center provides the largest single exhibit space in the country. The MCCNO features an award-winning staff and first-class amenities, and is the sixth largest convention center in the nation. A consistent Top 10 host of the largest conventions and tradeshows in the nation annually, the convention center is also one of the city’s “Top Workplaces.” A leading contributor to the city’s robust tourism economy, the MCCNO’s event activity has produced $90.1 billion in economic impact since its 1985 opening, including $5.7 billion in new tax revenue for state and local governments. For more info, visit www.mccno.com