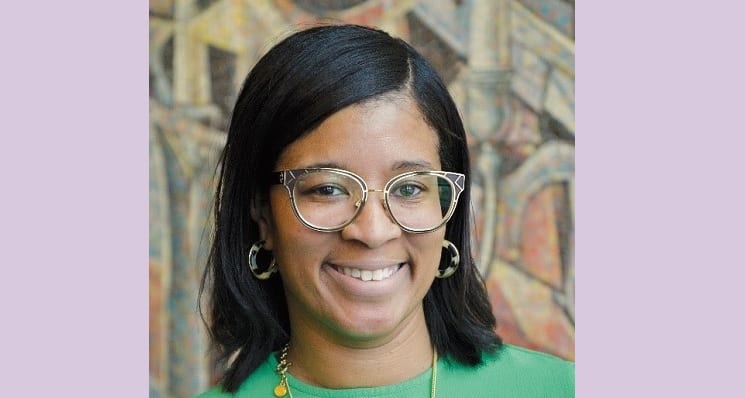 The Ernest N. Morial New Orleans Exhibition Hall Authority, the governing Board for the New Orleans Ernest N. Morial Convention Center, reached another major milestone in its initiative to assist small and emerging companies to succeed by announcing Rocsean Spencer as its first small business program director. The Authority recently created the position to help promote the importance of diversity, inclusion and small business development at the convention center.

“Our SEB Committee, chaired by Commissioner Bonita Robertson, has worked very hard to establish the convention center as a leader in maximizing small and emerging business opportunities with the center and its vendors and we are excited to take this next step by hiring the staff to take this important initiative to the next level,” says Melvin Rodrigue, president of the Authority.

Spencer comes to the convention center from the City of New Orleans, Office of Supplier Diversity. She served as certification officer, where she reviewed Disadvantaged Business Enterprise (DBE) certification applications and attended state and local DBE (SLDBE) program outreach events. She was later promoted to compliance officer, where she managed a portfolio of $150 million dollars of public and private sector funds. In that role, she also supervised the DBE program, where she managed the SLDBE Certification Department as SLDBE certification coordinator. Spencer recently earned certification as a certified compliance administrator from the American Contract Compliance Association through Morgan State University in Baltimore.

The Authority’s SEB Committee has established a sound foundation for the small business program director to work with, including a specific website, exhallnola.com, dedicated to assisting business owners with state and local program certification, and an integrated outreach campaign to educate business owners on the opportunities at the convention center. Spencer is tasked with managing the business opportunity program and will serve as a liaison between the Authority, internal stakeholders and the community.

“Rocsean will be that vital link between the convention center and our vendors with the small and disadvantaged business community,” Sawaya adds.

With 1.1 million square feet of prime exhibit space, in an entirely contiguous hall, the New Orleans Ernest N. Morial Convention Center provides the largest single exhibit space in the country. The New Orleans Ernest N. Morial Convention Center features an award-winning staff and first class amenities, and is the sixth largest convention center in the nation. A consistent Top 10 host of the largest conventions and tradeshows in the nation annually, the convention center is also one of the city’s “Top Workplaces.” A leading contributor to the city’s robust tourism economy, the convention center’s event activity has produced $85.7 billion in economic impact since its 1985 opening, including $5.4 billion in new tax revenue for state and local governments. For more info, visit www.mccno.com.

The Ernest N. Morial New Orleans Exhibition Hall Authority’s exclusive mission is to finance, construct and operate facilities in order to attract and conduct conventions, tradeshows and other events that support and expand the economy of both the state of Louisiana and New Orleans region. The Authority is composed of a 12-member board of commissioners, nine appointed by the governor of Louisiana, and three appointed by the mayor of New Orleans. Since 1985, event activity at the New Orleans Ernest N. Morial Convention Center has produced $85.7 billion in economic impact since its 1985 opening, including $5.4 billion in new tax revenue for state and local governments. For more info, visit https://exhallnola.com/governance/board/.