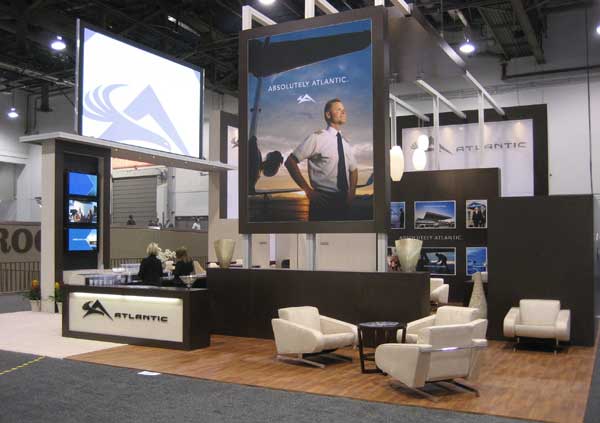 Mid-sized exhibitors like Atlantic Aviation presented a new look to their booths at NBAA.

The massive banner hanging over the registration area in the lobby of the Las Vegas Convention Center at the annual National Business Aviation Association (NBAA) show in October set the tone for the meeting. “NO USER FEES” it said.

“What we are seeing is that the show is providing real value to the business aviation community, even in these challenging economic times,” said Bolen. “It’s clear that the Convention continues to be a must-attend event for anyone whose passion or profession involves business aviation.”

To illustrate his point, Bolen noted that:

“This year’s Convention underscored the fact that the people and companies in business aviation are optimistic and forward-looking,” Bolen continued. “NBAA’s Convention continues to be a key part of that forward-looking vision, serving as the premier venue for bringing the industry together and advancing its interests. Our thanks to everyone who helped make this year’s event a success.” 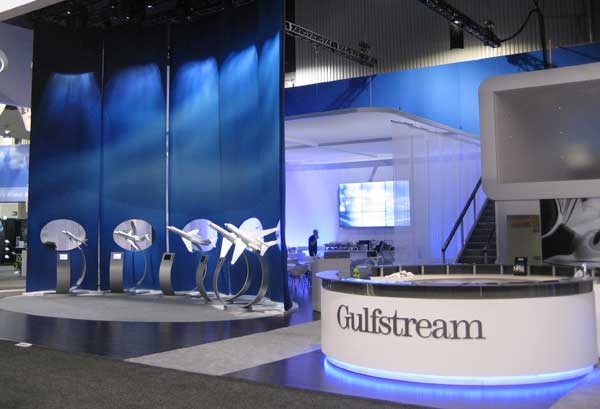 Gulfstream, typically one of the largest exhibits, launched a new exhibit property at NBAA this year.

So what did the show floor look like? All indications were that attendance would eclipse last year’s growth. By the end of the conference, attendance reached 26,077, seven percent ahead of last year’s numbers. What used to rank at the upper end of the former Tradeshow Week 200 list of top shows is still the world’s largest business aviation show.

From an exhibits perspective, after three years of reduced and re-used exhibits on the show floor, there was a refreshing new look to many of the large players this year. Airframe manufacturer Gulfstream, typically one of the largest exhibits, launched a new exhibit property, as did avionics supplier Honeywell. Both made use of newer, lighter-weight materials and lots of custom lighting.

Mid-sized exhibitors like fuel supplier AirBP Aviation Services and FBO operator Atlantic Aviation presented new images as well. Even though the show was split into the North and Central halls at Las Vegas Convention Center, walking the show revealed quite a number of new properties.

While the political battles continue and executives remain cautious on the economy, there is some movement within marketing departments in this industry to freshen their look after a long dry spell.

Jim Obermeyer has been in the tradeshow industry 30 years, both as a corporate trade show manager and exhibit house executive. He is a partner in the trade show and event marketing firm Reveal. He can be reached at jobermeyer@revealexhibits.com.