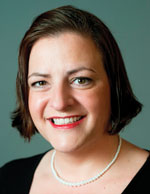 
“With Ms. Maher’s proven record of success, we’re confident that she will bring the right mix of experience and enthusiasm to help us achieve our goals and objectives,” said Stephen Nelson, chairman of the board of directors of the Bureau. “I am confident that she will be a dynamic addition to the CVB team and the Prince William County/Manassas tourism community.”

“We welcome Ms. Maher to the directorship of the CVB as we move into the 150th Anniversary of the American Civil War, “said Sharon Cavileer, who has served as the interim director of the convention and visitor’s bureau since December 2008. “Prince William County has so much history and hospitality to offer the visitor. The CVB plays a vital role in the economic vitality and image of a community and I look forward to helping the agency make a smooth transition.”

“I am thrilled to have the opportunity to represent such a diverse tourism product,” Maher said. “I am eager to partner with the local tourism community and explore all county, state and federal initiatives to further exploit the county’s rich history, strategic location and variety of tourism assets.”

Maher was most recently cooperative sales and marketing director at the Valley Forge Convention and Visitors Bureau in King of Prussia, Pa. She helped launch the first-of-its-kind cooperative agreement between a CVB and the National Park Service. She also expanded Valley Forge National Historical Park’s sales, marketing, public relations, publications and visitor service capabilities. In addition, she created and launched a group tour tracking initiative and Web site. Prior to that, she was the director of tourism sales, and her team was recognized as one of top three in the nation by the Washington, D.C.-based American Bus Association.

Additional information on the Prince William County/Manassas Convention and Visitors Bureau can be found online at www.visitpwc.com or by calling at (800) 432-1792.