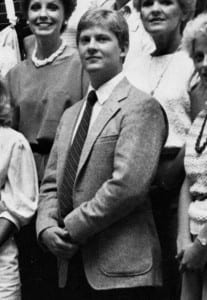 Twenty-six years old and fresh out of college, David Houston was a young, passionate, eager individual searching for his way into the tradeshow industry.

During the summer after graduating college in 1983, Houston was working at the Holiday Inn Chicago O’Hare when he received a phone call from the president of Rosemont Exposition Services (RES), a provider of exhibitor show services. Following the interview, the RES president offered Houston a job as an account executive; little did he know that 16 months later he would take over the company as president.

Now only a few months away from ringing in the 2014 year, David Houston is celebrating his 30-year anniversary with the Donald E. Stephens Convention Center and its managing company, RES.

“I absolutely love the tradeshow business; it’s one of those things where you either love it or you hate it,” said Houston.

Reminiscing about the overall progression of the company, he is very pleased with how well it has evolved over the years. When the convention center completed its construction phase in 1975, a wave of new business opportunities hit the city. Sparking a new development in the tradeshow industry, the convention center agreed to use RES as its long-term manager and contractor. 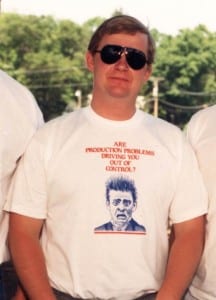 “Back then the environment surrounding the industry was strict and sometimes extremely challenging to deal with as far as labor laws and the ability to progress,” said Houston.

Employing around 1,000 people on an annual basis, the team at RES quickly becomes very family-oriented.

“The most gratifying part of working here is seeing employees be able to support their families with the money and opportunities that they receive here,” Houston shared.

Successful in managing the Donald Stephens Convention Center for many years, RES has weathered a few economic storms in its time. When the topic of recessions was brought up, Houston explained that the impact on the tradeshow industry is not as severe as it might be in other industries. When a recession hits tradeshows, the company just scales back. Workers from RES have never been laid off or fired because of a recession, the company creates plans to adjust labor calls and manage expenses more closely. When it comes to the actual tradeshows, the number of shows per year is downsized as well as how many booths are set up at each show. 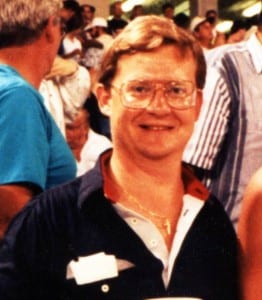 Along with managing the company on a daily basis, Houston still serves as an account executive for 20-25 shows per year, working with show managers, exhibitors and tradeshow unions for setting up shows.

Describing his leadership style, he sees himself as tough at times, but also very accommodating.

Bob Langer, an employee who has worked with Houston for 28 years, said, “David has a lot of passion and drive for what he does; in my eyes he knows the business inside and out.”

When asked how he celebrated his 30-year anniversary he replied, “I didn’t. I’ve never really celebrated any anniversaries, I just keep on working. I don’t think anyone aside from [Exhibit City News] and I actually know it’s my anniversary.”