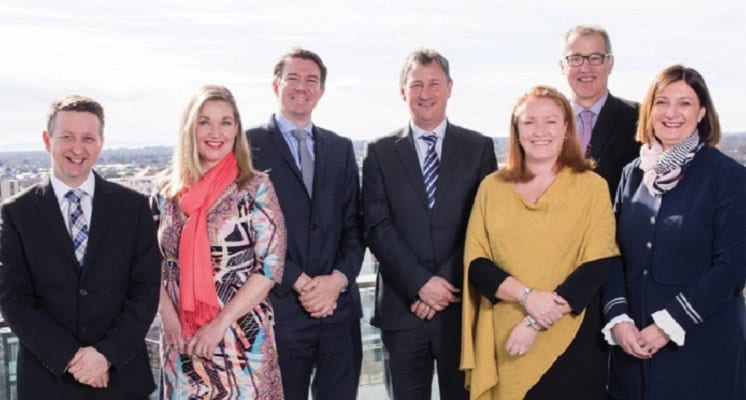 Collectively, the group brings more than a century of national and international hospitality and event services experience to the city’s brand-new convention centre.

Te Pae Christchurch general manager Ross Steele says he is looking forward to working with the new team as they launch the purpose-designed venue over the next 12 months. “We’re extremely pleased with the calibre of our executive appointments,” says Steele. “Each team member brings an essential skillset, experience and industry knowledge which will prove invaluable as we deliver on our strategic priorities over the course of the next year.”

Steele was appointed general manager in early 2019, and is responsible for successfully marketing the centre to the national and international convention market. He brings more than 20 years’ convention centre business experience to the role. Prior to joining Te Pae Christchurch, he managed the Cairns Convention Centre in Queensland for 12 years. Cairns Convention Centre was regularly voted among the top convention centres in the world (AIPC World’s Best Congress Centres Awards, including World’s Best Congress Centre in 2014).

Karine Legeay-Fisher, director of event services, has more than 25 years’ experience planning and delivering customer service excellence in international and local tourism, venues and event sectors. She is passionate about the Christchurch rebuild and was previously the operations director of the Addington Stadium project, the project director of the Hagley Oval project and, most recently, the commercial and operations manager of Ōtākaro.

Gillian Officer, director of business development, specializes in venue management and has worked for a number of well-known New Zealand venues, including the SKYCITY Convention Centre, Auckland Centre’s Venue’s and Events, and Wellington Convention Centre. From kitchen management to event planning, right through to business development, she has a wealth of knowledge in events and venue management to go with her more than 20 years experience as a business-events professional.

Ben Buchanan, director of business services, is a qualified chartered accountant whose career spans across a number of convention centres and entertainment venues. Following his first venue role with the finance team at Brisbane Convention and Exhibition Centre, he moved to Newcastle Entertainment Centre before becoming one of the first employees in the ICC Sydney pre-opening team. He counts his team’s opening of ICC Sydney as a career highlight, helping deliver Australia’s largest convention centre and providing him with the experience essential to opening a venue like Te Pae Christchurch.

Darren Tait, director of culinary services, has more than 25 years’ senior management experience in both New Zealand and the U.K., where he worked in the finest country house hotels in Scotland and large function venues in England, as well as the largest entertainment venue in Christchurch. Prior to joining Te Pae Christchurch, he was the food and beverage manager at Christchurch Casino where he managed six restaurants and bars and a large function space.

Vanessa McBean, director of human resources, began her career in hospitality at the Regent Auckland Hotel more than 30 years ago. She has held various hotel operations and food and beverage management roles in locations across New Zealand—including Turoa Ski Field. She moved into human resources in 2011. Before joining Te Pae Christchurch, she was the regional HR manager at Farmers for six years.

Ken Davidson, director of building services, has worked in the hospitality industry for more than 20 years. He has been worked in the chief engineer role for leading local hotels, including the Novotel Queenstown and the Grand Mercure St Moritz. He has also worked for hotels in Sydney, Auckland and the MacKenzie Country.

The organization will ultimately employ up to 200 full- and part-time staff to meet a wide range of requirements from guest services and catering to engineering and audio-visual production and management. All of the executive team members, who are based in Christchurch, have now joined the business in preparation for the Te Pae Christchurch Convention Centre opening in October 2020.

Te Pae Christchurch is a crown-led major anchor project for the regeneration of Christchurch delivered by Ōtākaro Limited and is proudly managed by AEG Ogden. Opening in October 2020, Te Pae will have capacity to host up to 2,000 delegates for a variety of national and international events. It will feature world-class purpose-built facilities including a 1,400 seat auditorium, more than  3,000 square metres of exhibition space and 24 meeting rooms. For more info, visit tepae.co.nz