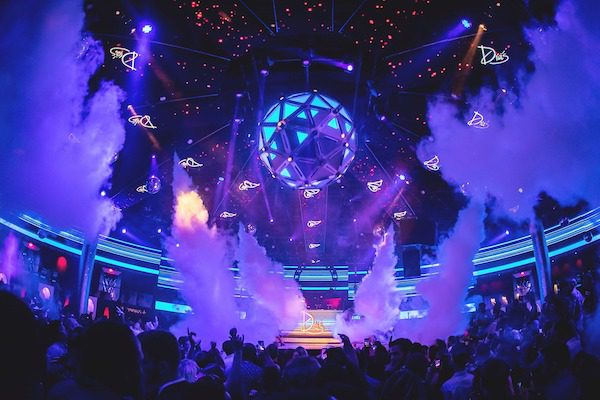 XSET, the world’s fastest growing and most diverse esports and gaming lifestyle brand, and Drai’s, the world’s biggest hip hop club, announced today they have entered into a first-of-its-kind partnership that intersects hip hop and gaming into the Las Vegas club scene.

The partnership will see XSET integrating gaming into both Drai’s Beachclub and Nightclub venues. The sprawling 30,000 sq. ft. beach club will feature XSET-themed gaming cabanas, complete with custom XSET gaming consoles and design. VIP guests at the nightclub will also have the ability to enjoy gaming in Drai’s lush VIP sections, while listening to the hottest new music, or with the backdrop of one of Drai’s resident performers like XSET’s own Swae Lee and Slim Jxmmi of Rae Sremmurd live on stage. 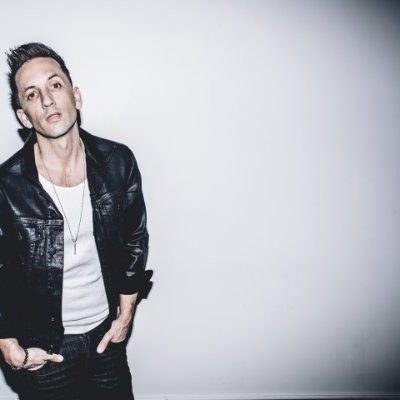 “It’s an honor to partner with an incredible brand like Drai’s,” said XSET Chief Business Development Officer Clinton Sparks (pictured left). “They are the number one hip hop club in the world and understand not only the space, but also how to produce unforgettable events and experiences. The fact they have the vision and innovative spirit to bring this to the culture and community makes XSET extremely excited to call them partners.”

“We couldn’t be more excited to collaborate with XSET, which is quickly emerging as a leader in the esports and gaming space, to bring unprecedented activations to Drai’s,” said Dustin Drai (pictured right), vice president of marketing and entertainment for Drai’s Las Vegas. “This partnership is a colossal step in furthering the evolution of the gaming and nightlife communities, and we look forward to creating unmatched experiences with XSET.”

Details of the partnership include:

In conjunction with the launch of this partnership, XSET will also be introducing their new content house in Las Vegas where Drai’s resident artists will have exclusive access to create listening events, album release parties, and shoot content, as well as unwind and game with the XSET squad.

By combining hip hop, gaming, and lifestyle, this pioneering partnership will cement Drai’s and XSET as leaders not only in Las Vegas, but in global nightlife and gaming trends. Together they will usher in the rapidly growing gaming and esports culture into a brand new vertical.

This first-of-its-kind experience is sure to attract excitement from gaming, music and nightlife fans around the globe – and is SET to change the game!

Founded in 2020 in Boston by gaming and pop culture veterans Greg Selkoe, Marco Mereu, Clinton Sparks and Wil Eddins, XSET is the fastest growing gaming organization and lifestyle brand in history. XSET fields some of the world’s top competitive esports teams in titles including Valorant, Rocket League, Rainbow Six, Fortnite, Warzone, Apex Legends, eNASCAR and more. Built on a foundation of a diverse and inclusive gaming culture, XSET is building the preeminent brand for today’s growing Gen Z audience of gamers. The organization continues to grow at a breakneck pace, partnering with high-profile brands such as Ghost Lifestyle, SCUF Gaming, Roots Canada, HyperX, Quality Control Music, Respawn, Fanshark and Wahlburgers and is working with socially positive causes including Big Brother Big Sister of America. Since its launch, XSET has attracted top-tier, world famous talent across music, sports and entertainment to its shared vision, including Grammy-nominated hip-hop artists Swae Lee and Ozuna, BMX legend Nigel Sylvester, 14-year-old female Olympic skateboarding phenom Minna Stess, and professional athletes such as NFL stars Kyle Van Noy and Adrian Colbert of the New England Patriots. Sitting at the intersection of gaming and culture, XSET’s robust merchandise offerings are some of the most sought-after in the industry, featuring high-profile collaborations and exclusive pieces fans can’t find anywhere else. XSET is defining what it means to be cultural leaders in the space for future generations to come. For more info, visit XSET.com. #reptheset

Drai’s Beachclub • Nightclub takes entertainment and nightlife to new heights in an unmatched setting – 11 stories high on the rooftop of The Cromwell with dazzling views of the Las Vegas Strip. Drai’s Beachclub is a 30,000-square-foot oasis with multiple pools shaded by 10 towering palm trees, a variety of cabanas and bungalows, and two full-service bars. Inside, Drai’s Nightclub is a 25,000-square-foot palatial, multi-level club with an expansive dance floor, massive LED lighting systems, and modern technology featuring more than 7,000 square feet of the most state-of-the-art high-definition LEDs in production, including a towering 80-sided LED disco ball – the only one of its kind. Drai’s Nightclub is home to Drai’s LIVE, an unprecedented concert series that provides fans with the opportunity to see full-length performances by top performers like Wiz Khalifa, Future and 2 Chainz in an up-close setting unlike anything else in the world. Drai’s is located at the corner of Las Vegas Boulevard and Flamingo Boulevard. More info, visit DraisGroup.com. Follow Drai’s on Facebook, Twitter and Instagram – @draislv, @draisbeachclub.